How Is Hurting The Unemployed A Winning Strategy? 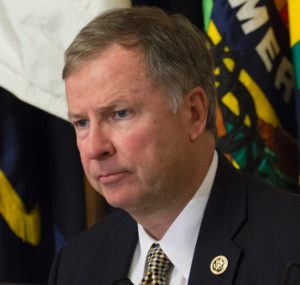 As the Grand Junction Sentinel’s Charles Ashby reports, late last week Gov. Jared Polis rejected a call from Colorado’s three Republican members of Congress to cut off supplemental federal unemployment funds based on the incorrect assumption that those funds are operating as a disincentive for workers to return to their their pre-pandemic jobs:

U.S. Reps. Lauren Boebert of Silt, Doug Lamborn of Colorado Springs and Ken Buck of Windsor said in a joint letter to Polis on Friday that the added benefit is prompting some people to prefer to stay on unemployment, a stance that is not supported by state labor officials.

That money is part of the $1.2 trillion COVID-19 relief plan that Congress approved in March, which provided direct aid to state and local governments and extended unemployment benefits to those who don’t qualify for regular state aid or have exhausted their state benefits…

Since May, the Republican governors in at least 25 other states, including Utah, Wyoming and Nebraska, have discontinued giving out that money, with some also ending other state or federal benefits in an effort to encourage people to return to work.

Polis and Democratic governors around the nation, however, have resisted that. Instead, Polis instituted a Colorado Jumpstart Incentive Program last month offering those still receiving unemployment insurance money a one-time benefit of up to $1,600 if they ended receiving that aid and returned to work by the end of this month. 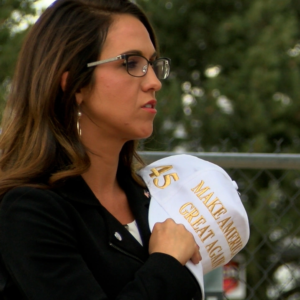 Last month as Republican governors began to swear off the federal supplemental unemployment benefit, Rep. Lauren Boebert chimed in by suggesting that if we just “take away unemployment bonuses” the economy would quickly reopen. And as Ernest Luning at the Colorado Springs Gazette’s political blog reports, Boebert along with Reps. Ken Buck and Doug Lamborn are unanimous today that it’s time to financially flog those deadbeat American workers back to their shifts:

“We must get Coloradans back to work,” Lamborn said in a statement. “I am extremely concerned that what was meant to be a temporary supplemental to help Americans through forced lockdowns has now been weaponized by Democrats in an attempt to raise the minimum wage.”

As we wrote in May, Republicans are relying on mistaken and meanspirited assumptions about the American workforce in order to justify cutting off the expanded unemployment benefits for their own constituents. The reality is that there is no evidence the additional unemployment funds are keeping workers from rejoining the labor pool. The biggest reason, going back to the Grand Junction Sentinel’s report Friday, is that it’s against the law:

Officials with the Colorado Department of Labor and Employment have repeatedly said they have no evidence that people are choosing to remain on unemployment because of the extra money.

Instead, they said the real reasons behind some opting not to go back to work is the lack of child care and fears of contracting the coronavirus.

They also said there are mechanisms in place that prevent displaced workers from refusing to return to their old jobs unless they have a legitimate reason for doing so. Earning more on the dole is not one of those reasons, they said. [Pols emphasis]

Which is why, as the Gazette reports, Polis, who has responded with an incentive program to pay workers to get back on the job instead of taking money out of the economy to accomplish the same goal, told the GOP congressional delegation to pound sand:

Polis said in a letter sent Friday afternoon to the three GOP lawmakers that the state last week counted the lowest number of Coloradans receiving unemployment benefits since the beginning of the pandemic and said nearly 8,000 residents have enrolled in a state program that will pay bonuses to Coloradans who reenter the workforce.

“If Colorado ended these benefits prematurely, it would harm individuals, business owners, and the broader economy,” Polis wrote.

Now to be fair, it’s possible that Rep. Boebert simply doesn’t know how unemployment insurance works since she had so much well-documented trouble paying her unemployment insurance premiums for Shooters Grill. But it’s just not acceptable that so many Republicans including all three of Colorado’s congressional GOP representatives either don’t know or don’t care that workers cannot simply remain on unemployment indefinitely by their own choosing. That is not now nor has it ever been how the unemployment insurance system works.

In reality, very real barriers exist for people trying to get back to work including shortages of child care that predated the pandemic. As for a perceived lack of low-paid retail and other workers, that was also was a big problem before the lockdown simply because minimally qualified people are able to find more gainful things to do with their time than shift work for insufficient pay to live comfortably. In the end, these off-base presumptions about the motives of workers on employment result in Republicans taking a politically toxic position directly harmful to thousands of their own constituents. And to do so so late in the game, with the unemployment rolls shrinking every week on their own, is just gratuitous infliction of pain on the whole economy.

Not everyone will care. Plenty of base GOP voters will believe the false narrative that this additional unemployment money is keeping workers out of the workforce. But to hundreds of thousands of Coloradans who know from their own experience what this assistance has meant for their families over the past year, Republicans are making misanthropic villains of themselves.