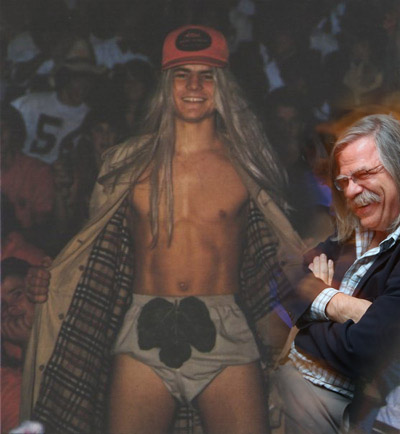 The debate, which I’m scheduled to moderate — perhaps “referee” is a better word — is set for 7 p.m. at Northglenn High School, and it’s the culmination of a couple weeks of sparring on — yep, you guessed it — Facebook.

On July 8, Mitchell wrote a note challenging Littwin a debate over the debt ceiling after a Littwin column in the Denver Post that defaulting would be the result of conservative “crazies”, the Tea Party revolution that’s now out of control and leading the country toward a financial cliff…

After weeks of ensuing Facebook comments, each one more emphatic than the one before, an actual face-to-face debate has been arranged.

And from all the chatter on Facebook and Twitter, many of the area’s political partisans are eagerly anticipating what Mitchell, a former wrestler, in an invitation posted Monday, is calling “The Debt Ceiling Slam-down”.

Local Republicans are heavily promoting this debate among their members, which seems a little odd since Littwin isn’t, you know, in office or running for office. Evidently it’s a debate that Sen. Mitchell thinks he can win, though, and with Republicans poised to lose this debate in Washington, DC where it matters…well, it’s a shot at a much-needed consolation prize. Not to mention that Littwin, as a representative of the hated liberal media saying all those things this crowd won’t want to hear, might just be cathartic to yell at on general conservative principles.

A poll follows–who will win the “The Debt Ceiling Slam-down?”