Get More Smarter on Monday (June 21)

Happy Summer Solstice; please celebrate responsibly. Let’s Get More Smarter; if you think we missed something important, please include the link in the comments below (here’s a good example). If you are more of an audio learner, check out The Get More Smarter Podcast. And don’t forget to find us on Facebook and Twitter.

► As John Ingold writes for The Colorado Sun, the Delta coronavirus variant is exploding in Colorado…which is bad news for anyone who is still unvaccinated against COVID-19:

The Delta variant, which is believed to have originated in India and is also known as the B.1.617.2 variant, was first identified in Colorado in late April. By the first week of this month — a period of about six weeks — it had grown to account for an estimated 40% of all new infections in Colorado.

For comparison, it took eight weeks for the Alpha variant — also known as the B.1.1.7 or United Kingdom variant — to reach 40% of the state’s total cases. As of early June, that variant made up an estimated 48% of total cases in Colorado, but its share is falling as Delta’s rises.

Nationwide, the Delta variant is believed to account for about 10% of new cases.

Fully-vaccinated people don’t have to worry much about contracting the new variant.

Meanwhile, Westword looks at how the COVID-19 pandemic is still raging in Mesa County, Colorado, thanks primarily to a stubborn reluctance from many to get vaccinated.

► The U.S. Supreme Court has ruled in favor of student athletes in the debate over whether athletes should be compensated for the revenue they help generate for their respective universities.

► New polling data from Colorado-based conservative pollster Magellan Strategies shows that 60% of Coloradans approve of the way that Gov. Jared Polis has handled the COVID-19 pandemic. The Colorado Sun has more on the Magellan poll, and so does Colorado Pols.

► According to an account published in a new book, former President Trump suggested moving Americans infected with COVID-19 TO GUANTANAMO BAY in Cuba. From The Washington Post:

In the early days of the coronavirus pandemic, as White House officials debated whether to bring infected Americans home for care, President Donald Trump suggested his own plan for where to send them, eager to suppress the numbers on U.S. soil.

“Don’t we have an island that we own?” the president reportedly asked those assembled in the Situation Room in February 2020, before the U.S. outbreak would explode. “What about Guantánamo?”

“We import goods,” Trump specified, lecturing his staff. “We are not going to import a virus.”

Aides were stunned, and when Trump brought it up a second time, they quickly scuttled the idea, worried about a backlash over quarantining American tourists on the same Caribbean base where the United States holds terrorism suspects.

Read those paragraphs one more time.

► The Washington Post tries to answer the same question that everyone is asking: Is the economy improving, or what?

In related news, Coloradans could see significant tax refunds because the state economy is recovering faster than anticipated.

Iowa Republican Senator Chuck Grassley’s reign may well be ending, however – at least according to some eye-popping new numbers from the Des Moines Register poll released over the weekend.

Fully 64% of Iowa likely voters told pollster J. Ann Selzer that it was “time for someone else” in 2022 (when Grassley is up for an 8th term) while just 1 in 4 (27%) said that they planned to vote to reelect the incumbent. That’s a significant decline from even where Grassley was earlier this year in Register polling; in March, 55% of Iowans wanted Grassley to end his political career next year as compared to just 28% who said they would like to see him run for another term.

And it’s not just disgruntled Democrats fueling Grassley’s weak reelection number in the new Register poll. More than 1 in 3 (37%) of self-identified Republicans say they are ready for someone other than Grassley. Which is a big number. Also worth noting: Almost 7 in 10 (68%) of politically crucial independents want someone else other than Grassley too.

“Chuck Grassley has had a long and mostly good run, but most Iowa voters appear ready to move on, and his ratings reflect waning interest,” Selzer told the Register, adding: “Given that we’re talking about Chuck Grassley and the ratings he used to garner, that is a ‘wow.’”

Grassley has not publicly announced whether or not he plans to seek re-election in 2022.

In related news, Wisconsin Republican Sen. Ron Johnson had his ass handed to him at a “Juneteenth” event over the weekend in Milwaukee.

► Jon Murray of The Denver Post looks at the 50-year anniversary of the Libertarian Party, which was founded right here in Colorado.

Now based in Alexandria, Virginia, it’s the most successful minor party in the modern era, with nearly 700,000 registered voters in the 30 or so states and the District of Columbia that allow Libertarian as an option. The party made the ballot in all 50 states in several presidential cycles, including the last two, and it runs more candidates at all levels than any other minor party.

But the Libertarians haven’t yet accomplished the founders’ ultimate goal: to become enough of a force in American politics that Democrats and Republicans would be compelled to compete routinely against their ideas on the national stage. It wouldn’t necessarily mean winning the presidency or even many races — just enough votes or seats to make them sweat.

Victory in a congressional race has proved elusive, as has getting above the low-single digits for the presidency. After early success in a handful of states, a Libertarian has won just one state legislative election in the last two decades — last fall in Wyoming. The vast majority of the party’s victories have been at the local government level, with more than 200 current officeholders.

► As The Washington Post reports, some right-wing protestors are learning that aggressive confrontations come with repercussions.

Elsewhere, an increasingly-bitter Republican Senate Primary in North Carolina is shaping up as an early test of the continued influence of Trump.

► This Denver Post story about “coordinated ramp metering” is more interesting than it sounds.

► Colorado Newsline reports on the good news for endangered species such as the lesser prairie-chicken and the rusty patched bumblebee.

► As Colorado Public Radio explains, Sen. Michael Bennet (D-Denver) is backing a farmworkers bill that could provide a path to permanent residency for immigrant workers.

► Law enforcement lobbying groups are nowhere near as effective as they once were, as Alex Burness explains for The Denver Post.

► The Colorado Times Recorder looks at the manufactured outrage in Colorado over “Critical Race Theory.”

► POLITICO looks at the case of “unilateral disarmament” in redistricting efforts across the country.

► This has absolutely nothing to do with Joe Biden OR Donald Trump, but Rep. Lauren “Q*Bert” Boebert has never been worried about “facts”: 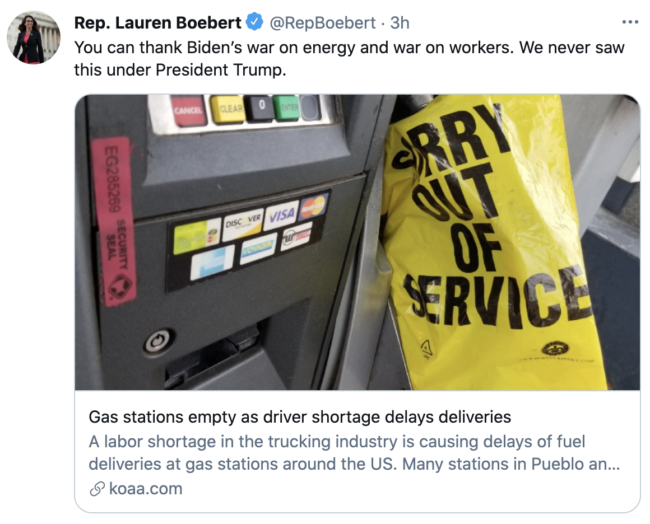 ► Right-wing militant Ammon Bundy announced that he is running for Governor of Idaho…even though he’s not actually a registered voter in Idaho and the Idaho GOP says it doesn’t want any part of him.

► Right-wing Fox News host Tucker Carlson turns out to be a primary source of unflattering information leaked to reporters about Donald Trump and his fellow Republicans.

► Colorado Secretary of State Jena Griswold implemented new measures to prevent the formation of sham election review efforts like the nonsense that is currently taking place in Arizona. 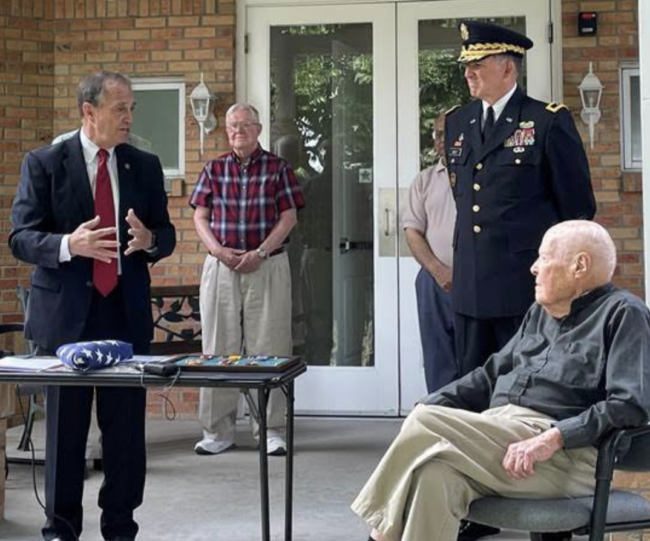 ► Whatever you do, DO NOT MISS this week’s episode of The Get More Smarter Podcast, featuring a legislative session recap with House Speaker Alec Garnett: