Boebert Among Republican Study Committee Leaders Who Met With Trump

Boebert’s presence at Bedminster hasn’t been made public, but her mother Shawn Bentz posted pictures of Trump calling her while standing next to her daughter. 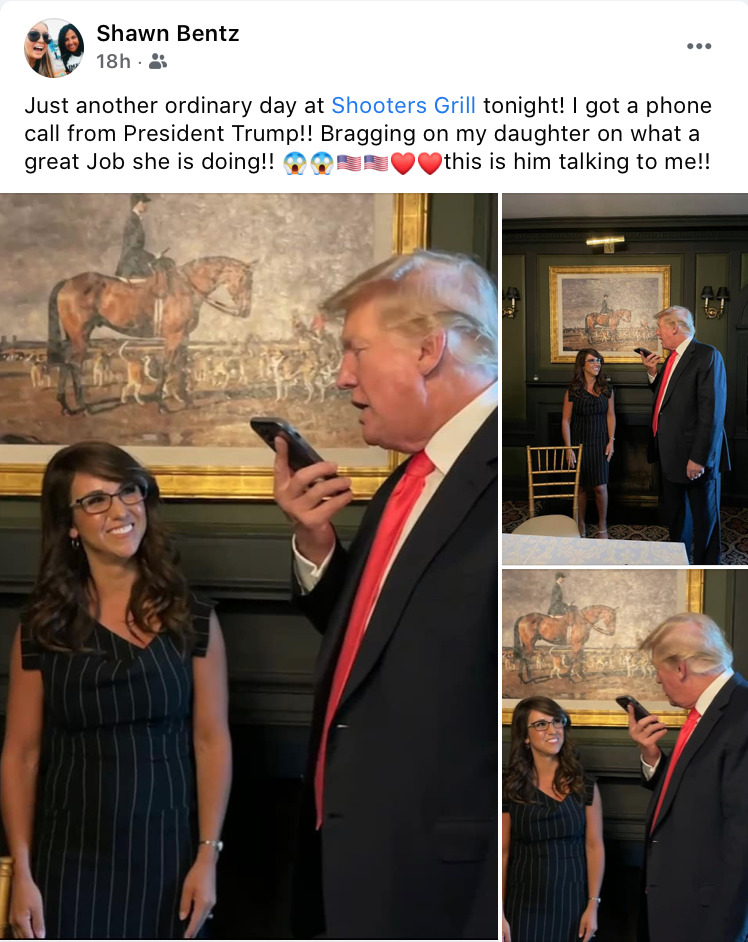 Boebert’s office did not immediately return a call requesting comment. This article will be updated with any response received.

According to the New York Post, RSC leaders discussed their policy agenda and political strategy for the 2022 midterm elections:

Ten of the RSC’s members, including task force chairs and members of the group’s steering committee, attended the gathering, where Banks said they laid out their policy vision, which was modeled after Trump’s agenda while he was in office.

Formed in 1973, the RSC is the House’s oldest conservative caucus. Along with fellow Coloradan Doug Lamborn, Boebert is an ex officio member of the group’s Steering Committee. She is also a member of the even more conservative Freedom Caucus, which Tea Party created in 2015 because they believed the RSC was too cozy with House Republicans’ establishment leadership.

Prior to the Jan. 6 insurrection, Boebert’s mother Shawn Bentz was very active on social media, posting QAnon conspiracies and videos. Boebert herself said she first heard of QAnon from her mother, whom she described as “a little fringe.” Bentz has since deleted those posts and instead largely shares pictures of her famous child.

UPDATE: Boebert has since tweeted a photo of her and Trump, but didn’t explain any context about the meeting.