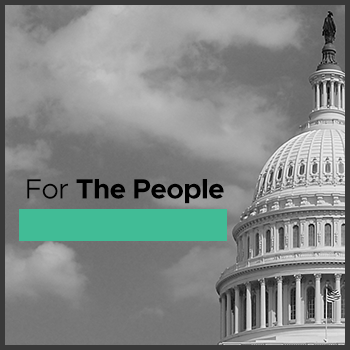 I hope you had a peaceful and productive holiday weekend. June is shaping up to be a busy month!

In Washington, the battle for voting rights is about to heat up. Senate Majority Leader Chuck Schumer announced last week that the U.S. Senate will take up the For The People Act, legislation already passed by the U.S. House to protect access to the vote for every American and stop the Republican Party’s nationwide vote suppression campaign in its tracks.

Action item #1 this week: if you haven’t already, connect with the Declaration for American Democracy campaign and contact our Colorado Senators urging them to do whatever is necessary to protect voting rights across the country. Colorado is a model for easy, secure voting with an election system designed from the ground up to help people vote and not hinder them. Every American deserves the access to the vote we in Colorado take for granted.

Once that’s done, help us keep the pressure on our leaders to meet Colorado’s targets to reduce greenhouse gas emissions and fight human-caused climate change. The debate over how to do that has become contentious, but Gov. Jared Polis and progressive lawmakers all share the same goal. Senate Bill 200 is about taking the necessary steps to actually achieving the ambitious targets for greenhouse gas emission reduction that Gov. Polis himself signed into law two years ago. Take a moment right now to contact Gov. Polis via our friends at 350 Colorado and encourage him to reach an agreement with lawmakers on Senate Bill 200.

Thanks for your assistance on these important and fast-moving issues! Here are several more great ways to make a difference for the week of June 1:

Did last week’s announcement from SCOTUS leave you panicked and confused about the future of abortion access? BIG SAME! Which is why we’re going live on Instagram @KeepAbortionSafe on Tuesday, June 1st with Jessica Mason Pieklo, Senior Vice President and Executive Editor of Rewire News Group and co-host of the podcast “Boom! Lawyered.”

Join 350 Colorado and Mothers Out Front for a one-hour virtual outreach party to pressure our elected officials to pass SB21-200.
SB 200 will mandate the state begin cutting its climate warming pollution, enforcing the largely voluntary greenhouse gas reduction “Roadmap” passed two years ago. We will guide you through a series of advocacy actions that target key decision-makers. The bill has good odds in both democratic-controlled chambers but we need to be loud to ensure its passage and signing by the Governor.

Conservation Colorado, Environment Colorado, and Green Latinos are hosting a tele-townhall with Representative Jason Crow on June 3 at 7:30pm, join us to have a conversation with Rep. Crow and ask him questions about climate and other important issues! Don’t miss this opportunity to connect with your Representative!

Join the millions of Americans who will #WearOrange for National Gun Violence Awareness Day (June 4) to honor victims and survivors of gun violence and show support for common-sense solutions to the gun violence crisis. On Friday, June 4, 2021 wear orange wherever you are, then share why you are wearing orange—along with a photo—on social media. Be sure to include the #WearOrange hashtag! Then, attend one of many virtual Wear Orange events taking place across the country on June 4-6, 2021!

One Colorado: Pride Night with the Rockies

Rockies Pride Night is back! Join us on June 4th as the Colorado Rockies take on the Oakland Athletics at Coors Field. Tickets start at $31 and a portion of each ticket sold through our special link (www.rockies.com/PRIDE) will be donated to One Colorado and The Center on Colfax.

We are so excited to kick-off 2021 PRIDE with the Matthew Shepard foundation! We’ll release our collaboration beer in cans and on draft, Arturo Lomeli will perform a drag show, MSF will have a table set up with a chance to win some great prizes and Foodhalla and Not Yo’ Mama’s Cupcakes will be bringing the eats.

We’ll see you next week with more ways to take action. Thanks again.