“We Must Think Anew and Act Anew”: Rural Wealth Creation 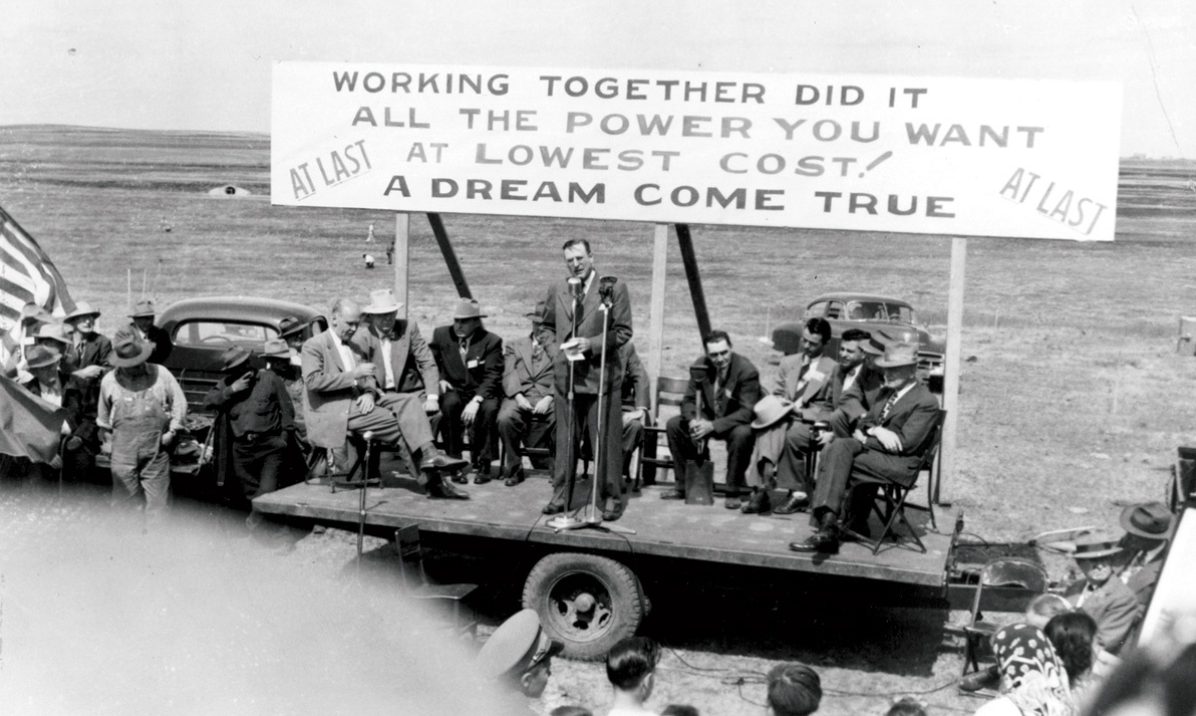 A rural electric gathering decades ago

We’re often our own worst enemy.

It wasn’t always this way.

It was Democratic Socialist policies, rooted in The New Deal, that gave rural America the foundation upon which we built our network of thriving agriculturally-based communities.  Rural electrification made possible irrigation across the broad expanse of the Central Great Plains; powering factories, and providing modern conveniences for our grandparents and great-grandparents. Federally subsidized crop insurance and crop support payments, providing the ultimate safety net for farmers and ranchers. Cooperative-based telephone companies; community district hospitals and extended living care facilities.  Water systems and rural waste treatment plants.  Most of these funded by the Rural Utility Service department of the United States Department of Agriculture. 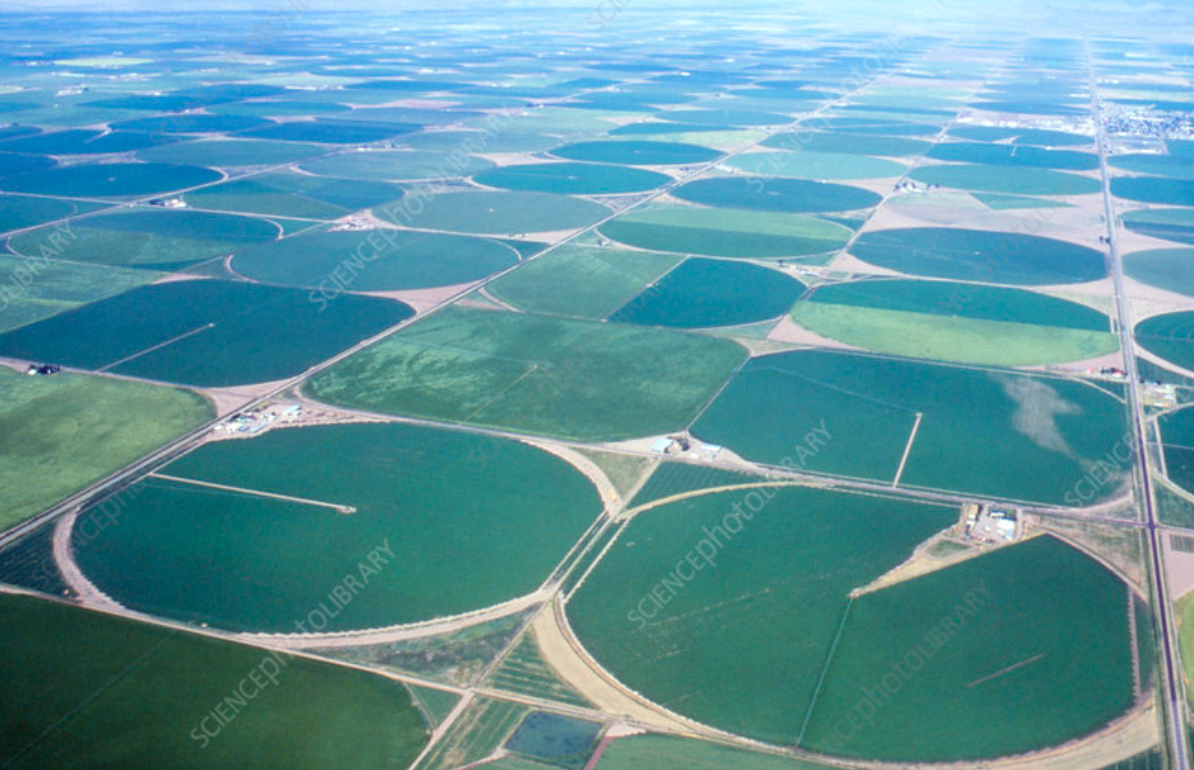 Rural electrification empowered a Green Revolution on the Plains

Far from being our enemy, federal and state governments have been full partners in creating rural wealth.  Yes, it took our vision, initiative, and entrepreneurship, but this was made possible because of our mutually aligned interests.

Policy, both federal and state, continue to provide us with new opportunities, but we’ve lost our compass and not realizing the full extent of the possibilities.  We’ve become paralyzed with the us v. them mentality, disconnecting logic from the broader, necessary discussion; one that sees everyone else, those people, as our customers.  The imperative equation for a capitalist system, rural or otherwise.  An equation best served when sound public policy is driving the market as it always has, even though we in rural American try to pretend differently.

Over the past two decades, rural Colorado has missed two significant opportunities to flourish from public policy, Amendment 37 and Amendment 64. As a broad critique, we were lied to by our representatives, our rural cooperatives, our local leaders.  I’ll dive into each one separately:

Passed in 2004 in spite of massive spending and legal challenges by Xcel Energy,

Intermountain Rural Electric, and Tri-State Generation and Transmission, Amendment 37 set the stage for Colorado’s New Energy Economy.  At the heart of the Amendment was a 10% mandate for green energy by 2015.  Also at the heart of the movement was to bring new opportunities to community-based energy systems.  Implementation of the amendment’s language was arduous, thanks to a concerted effort by the state’s various utilities.  A settlement was finally agreed to only after giving Xcel the green light to build the Commanche III coal plant in Pueblo, which has proven to be an anvil around Colorado taxpayer’s necks.

What did exist at the time was the support of urban progressives and environmentalists to maximize the amount of rural ownership of these systems. In this case, we had Front Range consumers, willing to pay a premium for a commodity they were willing to mandate into their electrical grid.  A commodity we were drowning in: rural wind and solar.

But fight, we did.

For a coal plant in Kansas.

In spite of the fact the Obama Administration had allocated billions to a RUS fund that was written specifically for rural electrics to tap said funds and build energy systems for export to other utilities,  we fought. And fought. And fought.  God forbid we give any environmentalist or a Democratic POTUS a win on green energy.  This was about freedom from tyranny!!!

Well that tyranny, in spite of valiant efforts by our representatives, is today causing billions of dollars in rural investment in wind energy systems. Systems that could have been owned by our rural electric systems and indirectly benefitting each and every rural electric patron in the state.  Many, but not all, of our rural counties, are benefitting from the property tax revenues (often the largest source of income in some counties) of these wind farms.

Had we looked at this opportunity through the lens of rural wealth creation, we’d have chosen a different path. We’d have enjoyed both the benefits of the property tax – and the wealth created by the ownership of those systems by rural cooperatives – benefitting every member of the cooperative system. 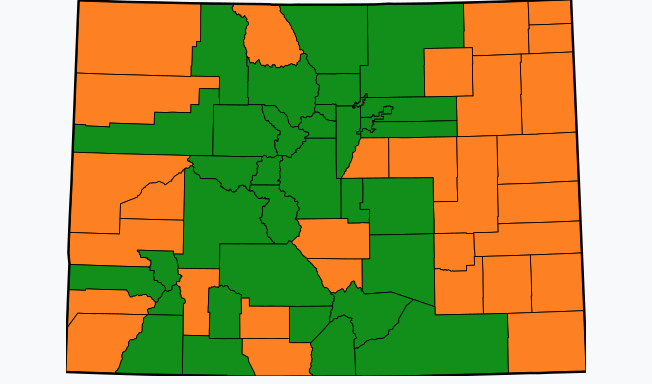 Old lies die hard, and none harder than our eight-decades relationship with prohibition, Nixon’s preposterous War on Drugs, and the perpetuation of industrial hemp as a scheduled drug under the Controlled Substances Act.

Colorado became the first unit of government in the world to end Prohibition.  Soon thereafter it was dubbed “The Great Social Experiment” by then-Gov John Hickenlooper.  In fact, the “Great Social Experiment” was Prohibition, and it failed miserably under any plausible metric.  It took the leadership of a majority-informed electorate, and an army of passionate advocated,  to begin the unwinding of this long-standing federal law.

We’re not there yet, but in the journey to full US legalization (which we’ve accomplished with industrial hemp in the 2018 Farm Bill), many great things have happened: Colorado has been the #1 state in industrial hemp development since its conditional legalization in the 2014 Farm Bill (thanks exclusively to the work of then-Congressman Polis) and we’ve managed to develop a regulated marijuana market that has generated over $10 billion in sales. 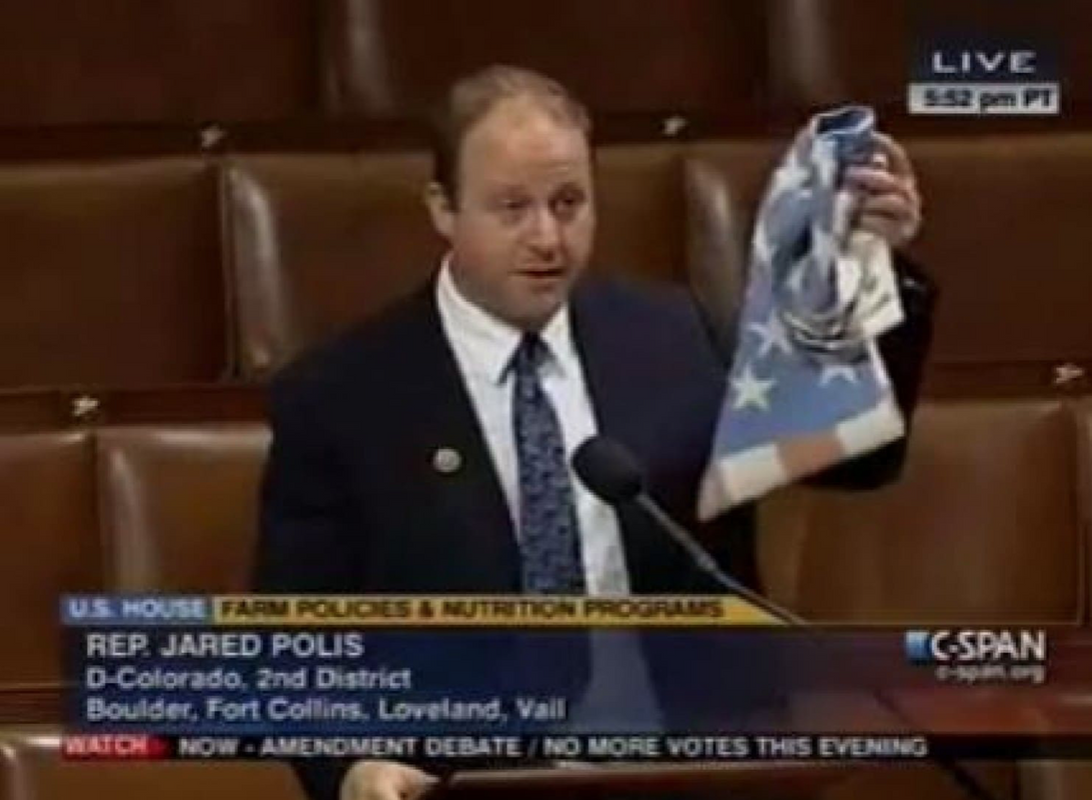 Congressman Polis introducing hemp amendment to 2014 Farm Bill with US flag made from hemp in hand.

The passage of Amendment 64 revealed yet another disconnect in rural Colorado: even though the amendment included the constitutional right for every farmer to grow a new crop, industrial hemp, a crop that may well be a valuable transition crop from high-impact irrigated crops like corn and alfalfa being grown over the aquifer, we sent a resounding message via our ballot to Denver:  Hell. No.

Marijuana aside (the ballot initiative gave every unit of local government to ban grow houses and sales), even industrial hemp had its foes in the hinterlands.  Often referred to as the dreaded ‘gateway’; the ‘slippery slope to marijuana’.   What is factual in Colorado’s case is that it has been a gateway to bringing young entrepreneurs to our communities; a slippery slope from corn to something more sustainable – and profitable.

Where do we go from here? 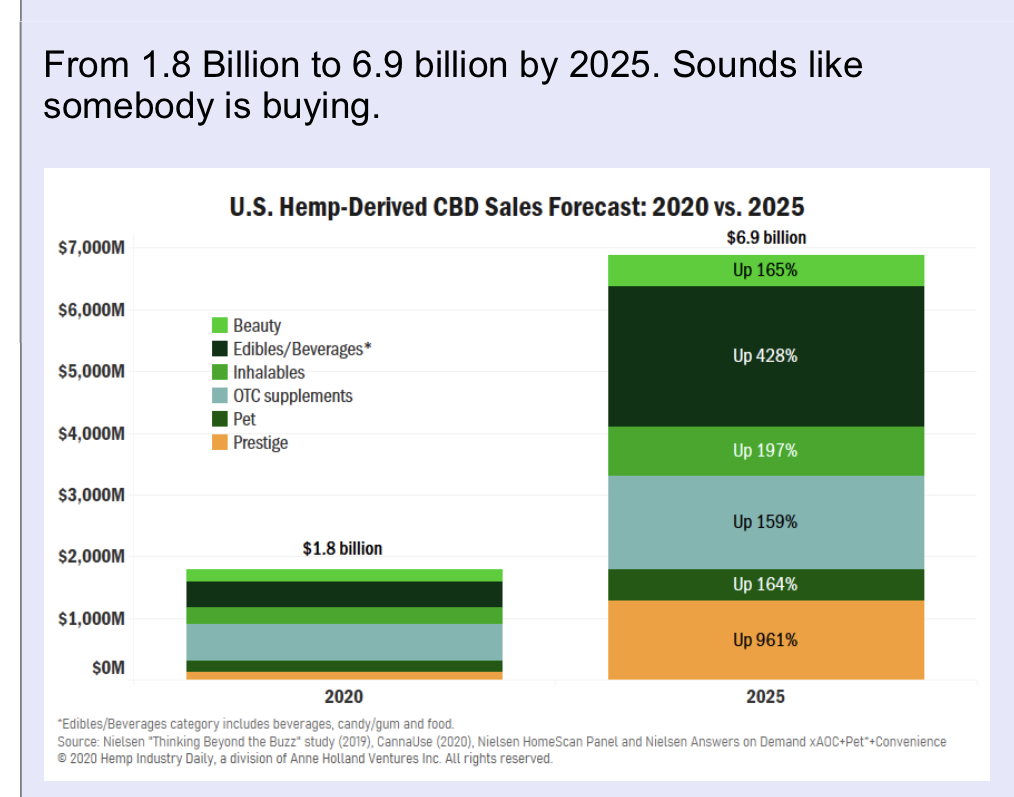 No single initiative or crop is going to be our silver bullet; a 21st-century agriculture is going to be more diversified, driven by new technology and global markets.  Will Colorado agriculture choose to lead, or wait for early movers to define the marketplace and rules of engagement.  Can we think big, like the Netherlands? A country smaller than Vermont that is the second-largest ag exporter in the world? Will we conclude that a robust livestock industry can thrive side-by-side with the global opportunities in plant proteins? Can we embrace the idea that the very people we describe as our enemies are actually our very necessary customers?

If we’re going to be serious about building rural wealth we have to think differently; we must change the narrative.  Building rural wealth isn’t just about money, it’s also making sure we’ve built rural communities that thrive in social, civic, health care, and educational endeavors. Let’s build bridges from the outreaches of our prairies and western slope to the Gold Dome; let’s create an eco-system that lets us leverage the entirety of our resources – human, natural, and financial – into a robust rural Colorado.

To quote Steve Jobs, let’s “Think Different” this time around.