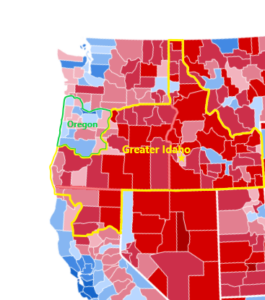 As The Hill reports, voters in five sparsely-populated counties in eastern Oregon voted yesterday in favor of non-binding resolutions in support of seceding from the solidly Democratic Beaver State government in Salem, and joining the infinitely more MAGA-er state of Idaho to the east:

Voters in five rural Oregon counties approved measures on Tuesday to consider joining the state of Idaho, a part of a long-shot grassroots movement to break with a state dominated by liberal voters west of the Cascade Mountains.

Voters in Malheur, Sherman, Grant, Baker and Lake counties all approved measures that would require county officials to take steps to promote moving the Idaho border west to incorporate their populations.

Five counties long on dirt and short on people, much like the handful of Colorado counties who approved a similar non-starter measure in 2013–though in Colorado a majority of counties who voted on the secession question actually rejected it. We’ll concede that in both cases, the political divide is real:

Oregon voters favored President Biden over former President Trump by a 56 percent to 40 percent margin in 2020, but voters in those five rural counties gave between 69 percent and 79 percent of the vote to Trump.

But sadly, and again much like our own state:

Actually moving the lines would require a vote from the Oregon legislature, which is firmly controlled by Democrats. Oregon and Idaho would have to strike a formal deal, which would then need to be ratified by the U.S. Congress.

Beyond the historically large political hurdles, at least some of these counties face a more straightforward problem of, well, contiguity: 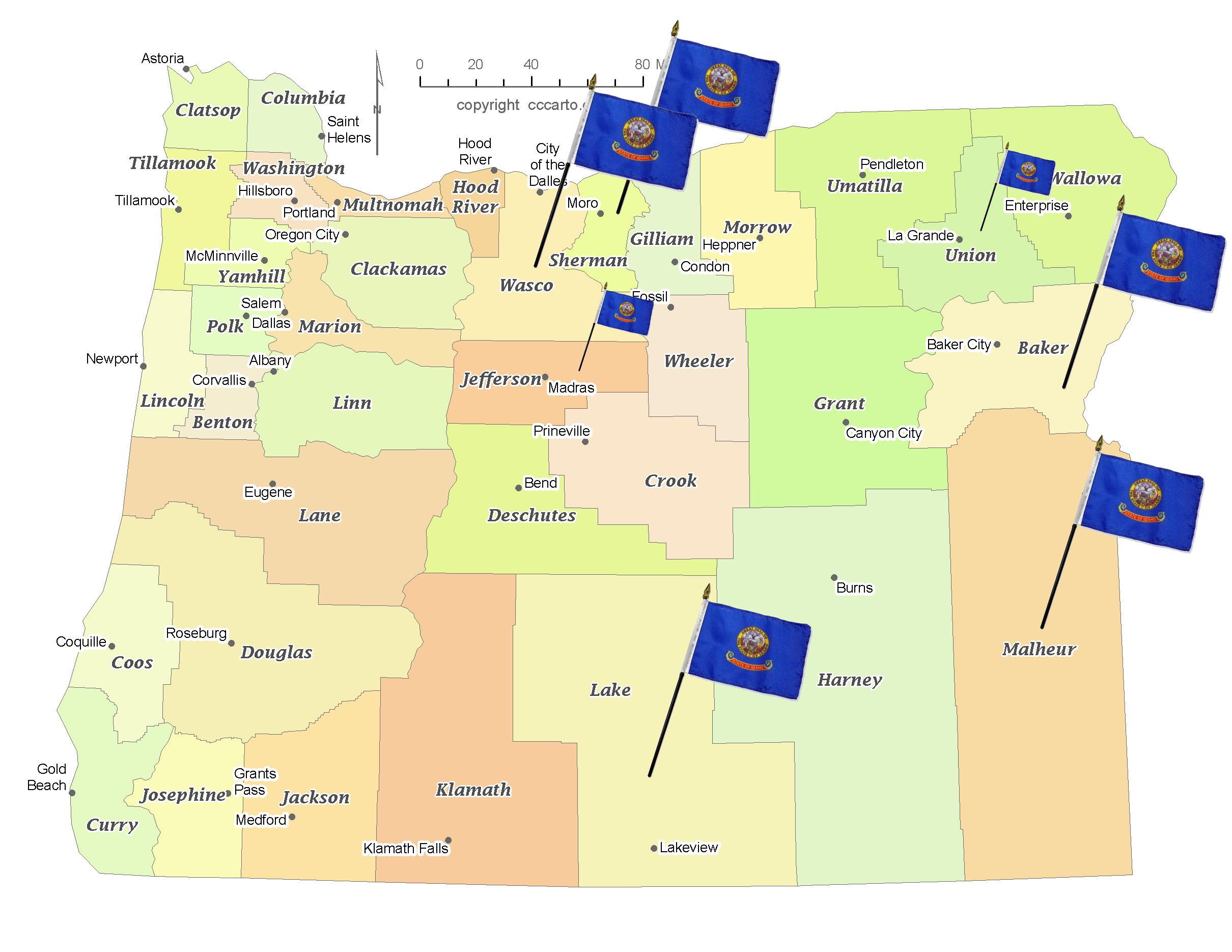 Baker and Malheur Counties at least have a land border with the state of Idaho, but shouldn’t all those counties in the north central part of the state be looking to join Washington instead of a state over a hundred miles away? Of course, they’d face the same problem there of Democrats and their terribly inconvenient majority of the population.

None of this is going to happen, of course, and conservative hinterlands across America will continue to suffer under the lash of tyrannical Democrats imposing horrors like health care and economic aid and equal rights. But just like in Colorado, if secession dead-ending keeps a segment of conservative voters busy while Democrats take demographic ownership of the state it’s an amusing sideshow. And in this case we have to give organizers credit for a better showing than Colorado’s sad secession spectacle of 2013.

They’ll also stay warmer than they did taking over the local wildlife refuge in the dead of winter.