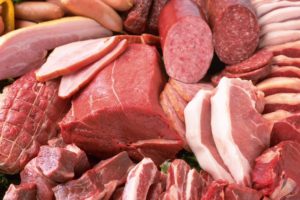 This past weekend, a cadre of Republican critics raised the alarm that President Biden would take hamburgers and steaks off the menu as part of his new plan to combat climate change.

“To meet the Biden Green New Deal targets, America has to, get this, America has to stop eating meat,” Larry Kudlow, a former White House economic adviser to Donald Trump, said on Fox Business on Friday. “No burger on July 4. No steaks on the barbecue.”

But Biden’s plan doesn’t include any call to limit meat-eating. Instead, conservative ire was sparked by a Daily Mail article that baselessly speculated about measures that could accomplish Biden’s goal of cutting greenhouse gas emissions in half by 2030…

Joe Biden’s climate plan includes cutting 90% of red meat from our diets by 2030. They want to limit us to about four pounds a year. Why doesn’t Joe stay out of my kitchen? 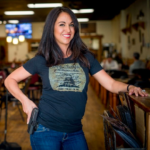 Being sufficiently ridiculous as to not be taken all that seriously by national media covering the oleaginous back and forth, Democrats turned this story back on Republicans pretty quickly on account of it being very, very stupid:

Some Democrats struck back at the Republicans by pointing out that their claims have no basis.

Others joined in with their own jokes — particularly mocking another part of Kudlow’s interview on Friday when he claimed the deal would force Americans to “throw back a plant-based beer with your grilled Brussels sprouts.”

Your mileage may vary, but we don’t want to live in a world with meat-based beer.

The only other point to Coloradans to take away from this failed attempt to turn Joe Biden into some kind of tofu-eating nanny state tyrant forcing lefty lifestyle choices on red-meat America is this: while it was laughed off overwhelmingly by the major national media, Colorado press spent weeks taking a similarly false attack on Gov. Jared Polis seriously. Polis’ declaration of “MeatOut Day” in March calling on residents to eat less meat on one day out of the year, one of hundreds signed by the governor every year, was hyped out of all earthly recognition by downtrodden Colorado Republicans–and the local press obligingly helped process their nothingburger into a full-on political sausagefest.

We’ll say it one more time for both audiences: no one is coming for your meat.

Here’s hoping we never have an occasion to write those words again.