UPDATE: Colorado Public Radio reports that Rep. Lauren Boebert raised about $700,000 in Q1 of 2021–not a disaster, but considering Sen. Kerry Donovan didn’t even get into the race until February and raised almost as much it’s not particularly auspicious either. Original post follows. 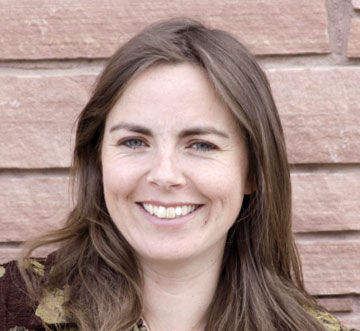 The handicappers at Politico are very impressed:

The top Democrat lining up against Rep. Lauren Boebert (R-Colo.), KERRY DONOVAN, raised more than $614,000 in just 55 days for her 2022 campaign. That’s a massive haul for a challenger in the first quarter of the off-year. Donovan, a rancher and educator who serves as the president pro tem of the Colorado state Senate, is tapping into some of the blowback against Boebert, who boosted Trump’s false election fraud claims and enthusiastically backed the effort to object to the certification of Joe Biden’s win on Jan. 6.

Donovan launched her campaign in February with a video that knocked Boebert: “You deserve a congresswoman who cares more about getting results than getting headlines.” Donovan’s team said she didn’t take corporate PAC money and started her email fundraising list from scratch…

We’ll have to see what Rep. Lauren Boebert reports for her first quarter of incumbent fundraising, but the prospect of traditional large GOP donors making good on their promises to cut off politicians who helped incite the January 6th insurrection at the U.S. Capitol is another factor in the mix we’ll be watching to manifest in her numbers.

As with every development in the 2022 race for CD-3, we’re obliged to disclaim that we can’t really predict what the race will look like until the upcoming redistricting process is complete. With that said, it’s clearer today that after a little initial weirdness, Sen. Kerry Donovan is the Democratic frontrunner candidate to take on Boebert in 2022–and however CD-3 is drawn, this will be a more competitive race than Boebert’s “Q-some Twosome” counterpart Marjorie Taylor Greene:

Democrats are excited about Donovan because they think they have a real chance of ousting Boebert, who only won her rural western Colorado district by 6 points in 2020 — and it will be redrawn this year by an independent commission. Dems have a better chance of victory here than in the deep-red seats held by other conservative firebrands; Greene, for example, won her northwest Georgia seat by 50 points.

While we all wait to see what the 2022 battlefield looks like, Kerry Donovan is doing everything right.