This afternoon, Lauren Windsor, progressive journalist for The Undercurrent, stopped off in Rifle, Colorado for a meal at the (in)famous Shooters Grill owned by Rep. Lauren Boebert–the restaurant that became known less than affectionately as the “COVID Cafe” after Boebert defied the local health department and reopened during last spring’s stay-at-home order.

Most people who know about Boebert and her history of serving up tainted meat products keep their distance from the Shooters Grill, leaving the clientele to be made up of folks who either don’t know or don’t care about whether they’re eating at an establishment that follows pesky health regulations.

And that’s probably why it’s taken this long to find out that they’re not wearing masks at Shooters Grill: 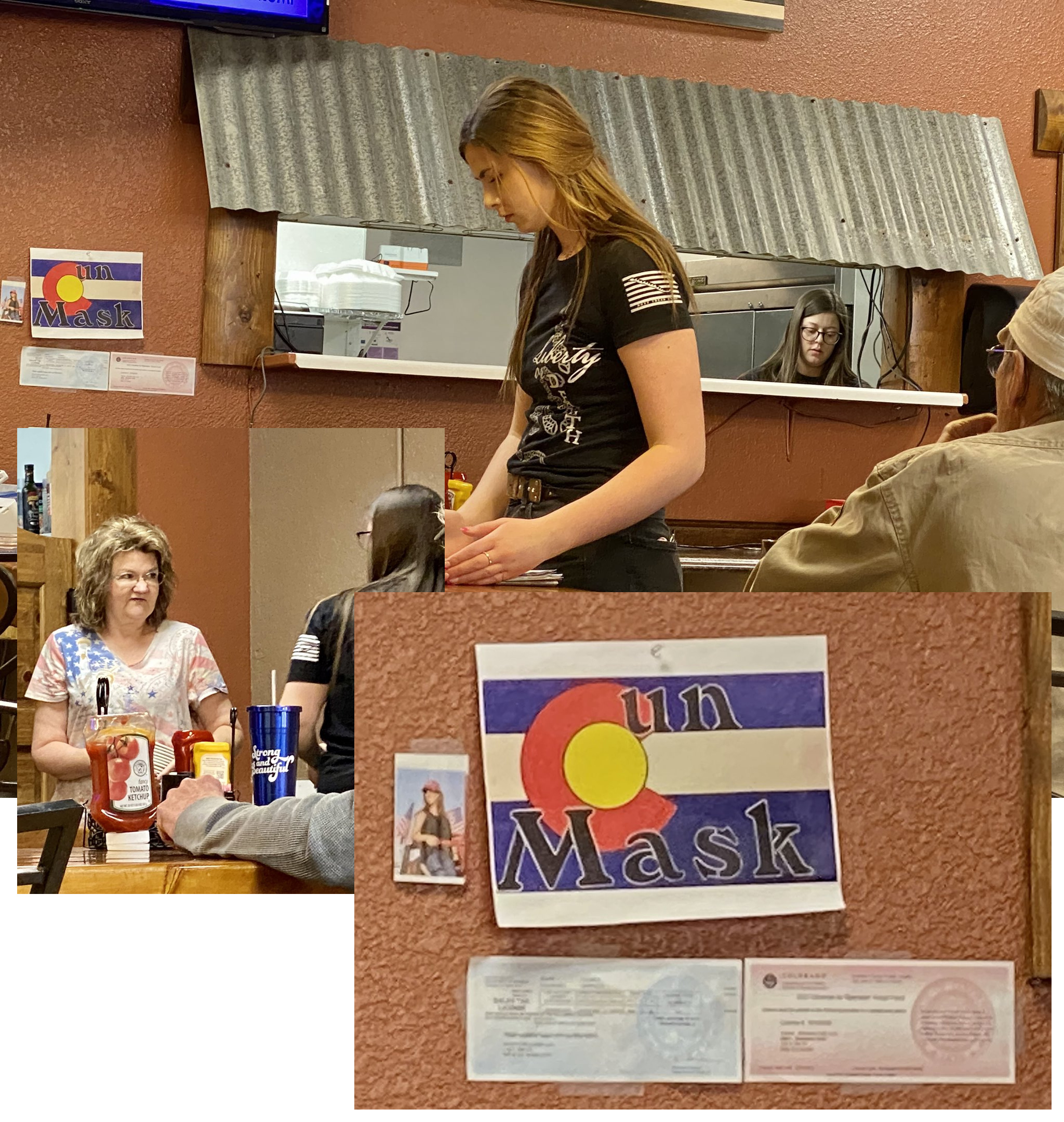 Not only are the employees not wearing masks, Shooters Grill is celebrating their anti-masker resistance on the wall next to their business license! Being an establishment that was shut down last May by court order after Boebert openly defied the Garfield County Health Department, you’d think they’d be maybe a little bit more contrite? It seems to us like this is the sort of repeat offense that should rightly incur a stiffer penalty.

No doubt that will only encourage Boebert to grandstand harder, since she doesn’t know the difference between good and bad attention. But at least unsuspecting road trippers who stop in Rifle for a quick bite won’t be walking into a hometown superspreader.