Get More Smarter on Monday (December 14) 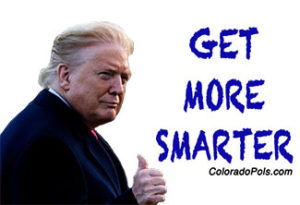 Happy “Monkey Day“; we have no advice on how to celebrate this one. If you think we missed something important, please include the link in the comments below (here’s a good example). If you are more of an audio learner, check out The Get More Smarter Podcast. And don’t forget to find us on Facebook and Twitter.

► Members of the Electoral College are meeting in states across the country to formalize votes for the 2020 Presidential election. The Washington Post is keeping a running count of the balloting, which is expected to confirm (again) that Joe Biden is the President-elect:

Normally an afterthought, the vote will be closely watched this year as President Trump has sought to subvert Biden’s victory by promoting baseless claims that the vote was tainted by fraud and pressuring state lawmakers to back alternate slates of electors. No states have done so.

Based on the results of the Nov. 3 general election, Biden is set to have 306 electoral votes to Trump’s 232 by the end of the day. Votes are cast by individual electors, who are typically leaders and loyalists of the political party that won the state’s popular vote. Their ballots will be formally counted during a joint session of Congress on Jan. 6.

Chris Cillizza of CNN looks on the bright side of this process, which ordinarily nobody would pay much attention:

…there is one good thing that has come out of Trump’s ongoing attempts to overturn an election he quite clearly lost: The average person is following the usually-mundane ways in which the election is certified and confirmed far more closely than at anytime in the past — raising, at least for the moment, our collective civic literacy.

Consider Monday: The votes of the electoral college to confirm Biden’s win. CNN — as well as the other cable networks –are going wall-to-wall with their coverage of the votes in all 50 states.

President-elect Joe Biden is expected to speak after all electoral votes have been cast today.

► On the subject of being educated about how the electoral process works in the United States…perhaps somebody needs to have a chat with White House adviser Stephen Miller. As The Hill newspaper reports:

Miller indicated that Trump supporters will act as “alternates” in a handful of contested states, including Georgia, Wisconsin and Pennsylvania, to submit their own, unofficial results. Should the Trump campaign succeed in overturning the outcome in any of those states, Miller said, the alternate electors could then be recognized by Congress.

Nothing in the Constitution or state electoral processes allows for such an “alternate” slate of electors.

In other words, Trump supporters are going to make their own “electoral college.” This will likely be about as effective as last week’s lawsuit filed by Texas Attorney General Ken Paxton that was quickly dismissed by the U.S. Supreme Court.

► Vaccinations for COVID-19 have begun in the United States, as CNN reports:

A critical care nurse was the first person in New York and among the first people in the United States to get a shot of the coronavirus vaccine authorized by the US Food and Drug Administration.

…The first batch of the vaccine was shipped out from a Pfizer plant in Portage, Michigan, on Sunday headed for over 600 sites across all 50 states. The first deliveries arrived to the University of Michigan, George Washington University Hospital in Washington, DC, and more locations on Monday morning.

State and local authorities make their own decisions on who gets vaccinated and when. The CDC has recommended that frontline health care workers and residents of long-term care facilities get the vaccine first.

Colorado received its first shipment of vaccines on Monday morning. The editorial board of The Denver Post considers the question of how to prioritize vaccinations in Colorado. Denver7 has a handy Q&A on the COVID-19 vaccine.

► Congress is getting closer to approval on a $1.4 trillion omnibus spending bill that will keep the federal government from shutting down. As POLITICO explains, this is probably the last 2020 hope for some sort of stimulus funding:

The massive omnibus deal is expected to be the final major piece of legislation pushed through the lame duck Congress — making it a likely vehicle for Covid-related fiscal stimulus if top Republicans and Democrats can reach a long-delayed accord this week. Speaker Nancy Pelosi and Senate Majority Leader Mitch McConnell have said they want to combine coronavirus relief with the annual budget measure.

► President Trump gave his first on-camera interview since losing the 2020 election. Chris Cillizza of CNN breaks down some of Trump’s craziest lines from a conversation with Fox News talking muppet Brian Kilmeade.

► The Washington Post reports on a disturbing weekend of political violence across the country:

Ugly events this weekend – from Washington, D.C., to Washington state and Minnesota to Kentucky – showed that violence is not hypothetical. This is an especially dangerous development in a democracy that depends upon losers accepting the results of free and fair elections.

Police in Olympia, Wash., arrested an armed right-wing protester and charged him with shooting a counterdemonstrator during protests on Saturday night.

In the nation’s capital, at least four people were stabbed, including someone who is now in critical condition, and 33 more were arrested, after rallies supporting President Trump descended into chaos fueled by white nationalists. D.C. Police Chief Peter Newsham estimates that as many as 700 Proud Boys and their confederates roamed downtown streets looking to start fights, clashing with about 200 anti-Trump protesters.

Election offices and the State Capitol building in Michigan were closed Monday because of security concerns based on “credible threats of violence.”

► The Denver Post reports on an important appointment to a vacant position on Colorado’s Public Utilities Commission:

Eric Blank, a veteran of the renewable energy industry, has been appointed to the Colorado Public Utilities Commission.

…Blank’s four-year term will start Jan. 11. He has a degree from Yale Law School and a master’s degree from the London School of Economics. He cofounded Community Energy Solar, which has built solar projects in Colorado and other states.

► The Mayor of Durango, Dean Brookie, wishes that Congresswoman-elect Lauren “Q*Bert” Boebert would just put a sock in it for awhile.

► President Trump likes to brag that he received more votes in 2020 than any incumbent President in history (nevermind that his total was 7 million less than Democrat Joe Biden received). Matt Bai of The Washington Post tries to understand the meaning of Trump’s 74 million votes:

The problem is: We really have no idea what that 74 million figure means, because we have nothing useful to which we can compare it.

Why? Because this was the first election that featured multiple ways of casting a ballot pretty much everywhere, including early and by-mail voting. As a result (and also because of heightened emotions in the electorate), turnout was the highest it has been in more than a century, clocking in at more than 66 percent…

► President Trump is threatening to run again in 2024, but also hinting that maybe he won’t run again in 2024. As POLITICO reports, this is all mostly about Trump making sure that he remains relevant once he leaves the White House.

► The New York Times ponders the possible next steps for Trump supporters who are still convinced that the 2020 election was stolen from their great orange hero.

► Vox.com considers whether it would make sense for the federal government to pay people to take the COVID-19 vaccine.

► The Wisconsin Supreme Court handed the Trump campaign yet another loss on Monday in its effort to overturn the 2020 election results.

► Jesse Paul of The Colorado Sun has more on Colorado Republicans and their conflicting narratives about potential election fraud.

► A handful of people rallied outside Colorado’s State Capitol over the weekend to rage about President Trump’s election loss and their belief that this is all China’s fault, or something.

► This is satire from The Onion, but it’s more than plausible:

► Check out the latest episode of The Get More Smarter Podcast, featuring an interview with House Speaker KC Becker as she breaks down last week’s special legislative session.