Why Us? Colorado Plays Central Role In Trump Coup 2020 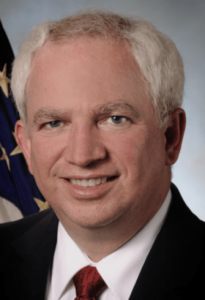 The ongoing drama over soon-to-be-ex President Donald Trump’s refusal to concede the election he lost over a month ago is now focused on a lawsuit filed by embattled Texas Attorney General Ken Paxton, signed on to by a number of other Republican attorneys general, asking the United States Supreme Court to take the unprecedented step of invalidating the results in four swing states Trump lost, putting President-elect Joe Biden under the required 270 Electoral College votes needed to take office and either handing the election to Trump or to GOP-dominated legislatures in those states who would then hand it to Trump.

Based on the analysis of every competent legal authority in the country, which distressingly does not appear to include at least eighteen state attorneys general, that’s not going to happen. Besides the lack of evidence to support the basis of this sweeping request, the remedy this suit is asking for could reasonably be interpreted as the destruction of American democracy. Most observers say this suit is more about Paxton earning a pardon from pending criminal charges than any actual hope of overturning the 2020 election–that, and helping Trump keep his bubble of denial intact just a little while longer.

Yesterday, Trump announced he was joining the suit–and as CNN reports, Trump’s counsel filing to intervene is yet another name Coloradans will have the displeasure of recognizing:

An attorney representing President Donald Trump, John Eastman, is known for recently pushing a racist conspiracy theory — that Trump himself later amplified — claiming Vice President-elect Kamala Harris might not be eligible for the role because her parents were immigrants…

In a statement issued by the campaign with Wednesday’s intervention in the lawsuit brought by Texas Attorney General Ken Paxton, which seeks to invalidate millions of votes in four states, Eastman — who was identified as the counsel of record for Trump — said: “I’m honored that the President asked me to represent him in this matter. I think his intervention in this case strengthens an already very strong original action by the state of Texas.” 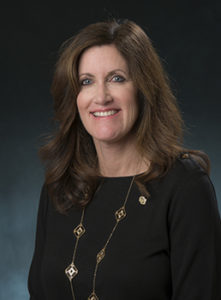 For readers who missed the controversy late last summer when John Eastman’s op-ed suggesting that Vice President-elect Kamala Harris wasn’t eligible to serve due to her parents being born outside the U.S., the incident served for most Coloradans as the first news that Eastman had been appointed to the University of Colorado’s “conservative affirmative action” department:

Eastman is a 2020-2021 visiting conservative scholar at CU Boulder’s Benson Center for the Study of Western Civilization, intended to bring more conservative thought to a left-leaning campus. The Chapman University law professor will be teaching courses on the history of the law of nations and American political thought.

Eastman’s “birther” swipe at Harris outraged the CU student body, but as the Boulder Daily Camera reported in August, administration and the school’s GOP-majority Board of Regents stood by their man: 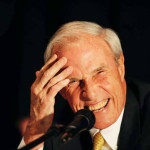 Setting aside the unrepentant birtherism, Eastman’s filing in support of Paxton’s long-shot lawsuit is riddled with enough errors to be an academic disgrace entirely in its own right. Even the normally-staid SCOTUSBlog can barely conceal their contempt:

Represented only by Chapman University law professor John Eastman, Trump sought permission to formally intervene in the case, Texas v. Pennsylvania. In the request, he complained that “nearly half of the country believes the election was stolen” because he had “prevailed on nearly every historical indicia of success in presidential elections.” As an example, Trump cited his victories in Florida and Ohio, writing that “no candidate in history — Republican or Democrat — has ever lost the election after winning both States.” In 1960, however, Richard Nixon won both Florida and Ohio but still lost the election to John F. Kennedy.

With all of this in mind, a few questions present themselves. What experience does Eastman offer that isn’t tainted by him not knowing basic facts about historical events he cites in a filing before the U.S. Supreme Court? What CU student would possibly want to take a class from a professor with a record not just of racism but laughable academic ineptitude? How is this not another huge blow to the credibility of ex-President Bruce Benson and the soon-to-be GOP minority on the CU Board of Regents who made CU a haven for “conservative thought” in academia?

And above all, why are there so many people with Colorado ties helping Trump wage war on democracy?

Before we can truthfully call ourselves a blue state, we’d better figure that out.