Going There: Any Colorado Republicans Up For Martial Law? 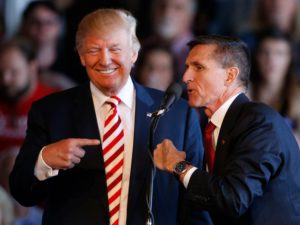 Newsweek reports and we’ll confess to being more than a little creeped out:

The appeal—made by the Ohio non-profit We The People Convention in a Washington Times advert Tuesday—urged the president to declare “limited martial law” in order to hold a new election.

The advert cited President Abraham Lincoln’s suspension of Habeas Corpus during the Civil War as precedent, adding: “Then, as now, a President with courage and determination was needed to preserve the Union.”

The call for President Donald Trump to declare “limited martial law” goes considerably beyond the also wildly undemocratic expressed goal of Trump for GOP-controlled state legislatures disregard the results of the vote in their states and appoint Trump-friendly electors. Trump declaring martial law and ordering the U.S. military to “oversee” a new election simply because he lost this one is so outlandishly un-American, not to mention having absolutely no historical precedent even in the Civil War, that it should be confined to the netherest reaches of the right-wing fringe.

But it’s not. Trump’s former national security adviser is now calling for it.

The question when confronted by such a radically inappropriate and extreme position is always whether even dignifying it with a response is worth the legitimization. Now that Michael Flynn has rendered that question moot, it’s time for every Republican in America–and here in Colorado, starting with Trump’s go-to counsel Jenna Ellis–to draw the line.

Or, you know, not. In which case we’ve taken a big step toward becoming something other than a free country.