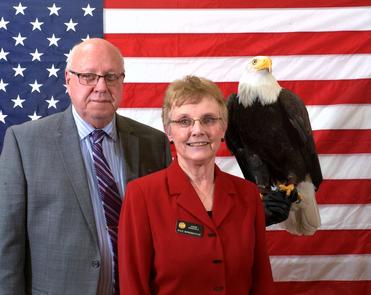 We wrote late Monday about the asinine announcement by Jefferson County Republicans that they “refuse to certify” the results of the 2020 elections, something they are not responsible for actually doing as the county canvassing board and Clerk George Stern certify the results. When asked why they were choosing this meaningless method of protesting results that in Jeffco especially were not close, the party cited the same totally unfounded “concerns” about Dominion Voting Systems that got attorney Sidney Powell relieved from her duties with the Trump campaign legal team over the weekend.

The chairwoman of the Adams County GOP said the party won’t accept local election results because she has a “gut feeling” of fraud, even though the party’s representative to the county canvassing board already voted to certify the results.

JoAnn Windholz, who chairs the Adams County Republican Committee, said Tuesday she feels that Democrats and an election technology company conspired to sway the Nov. 3 General Election in favor of liberal candidates in the county. She has no evidence of any cheating or fraud. Election officials locally and nationally have repeatedly said there is no evidence of widespread voter fraud or conspiracy theories.

But seriously. This is 2020. Who the hell needs evidence?

…Windholz said Democrats fared suspiciously well this year in Adams County compared to years past. She was elected as a Republican state representative in 2014, but lost reelection two years later to Democrat Dafna Michaelson-Jenet, who easily kept her seat this year.

Colorado House District 30 is a good example of the stated priority in the 2011 reappointment process of drawing competitive districts that could be won at least in theory by either side–so as to facilitate a more authentic contest of candidates and ideas instead of elections decided at the primary level. In 2014, JoAnn Windholz narrowly defeated incumbent Democratic Rep. Jenise May, then losing the seat to the current incumbent Rep. Dafna Michaelson Jenet in 2016. Since 2016, the seat has become more safely Democratic owing to Michaelson Jenet’s popularity as well as the overall suburban shift blue Colorado has witnessed in recent years.

Windholz helped herself along the path to defeat in 2016 when she accused Planned Parenthood of being the “real culprit” in the shooting rampage at the organization’s Colorado Springs office in November 2015 that killed three people and injured nine more. Windholz’s comments were condemned by then-state GOP chairman Steve House, but the local party stood by her–obviously, since she now runs the Adams County GOP.

But why have this honest conversation at all? Trump said it’s a “RIGGED ELECTION!” Repeatedly! In all caps! What more evidence does anyone need? Obviously there are no lessons to be learned when you can simply blame the machines instead of the voters.

This is why Republicans won’t be winning back the Denver suburbs anytime soon, folks.