Undoing the Trump Autocracy and Unifying the Country: What are the first steps?

Morgan Carroll, Chair of the Colorado Democratic Party, is asking  on Facebook: What are your ideas for how you would bring the country together in the post-Trump era?

Ideas from commenters repeat common themes: Fix or replace the ACA with Medicare for All. Form a Truth and Reconciliation Commission. Start a new Civilian Conservation Corps. Time and Wine.

My answer to Morgan’s question: 1. Beat COVID. That’s our country’s unifying moon shot. We need universal vaccinations and public health measures. 2. This requires funding, so –  Undo the Trump tax cuts and enforce existing tax law so that there is revenue to rebuild social infrastructure.

4. And somewhere along the way, do what they did in the 1930s: Argue about what Democracy means, and why it is / isn’t worth saving. 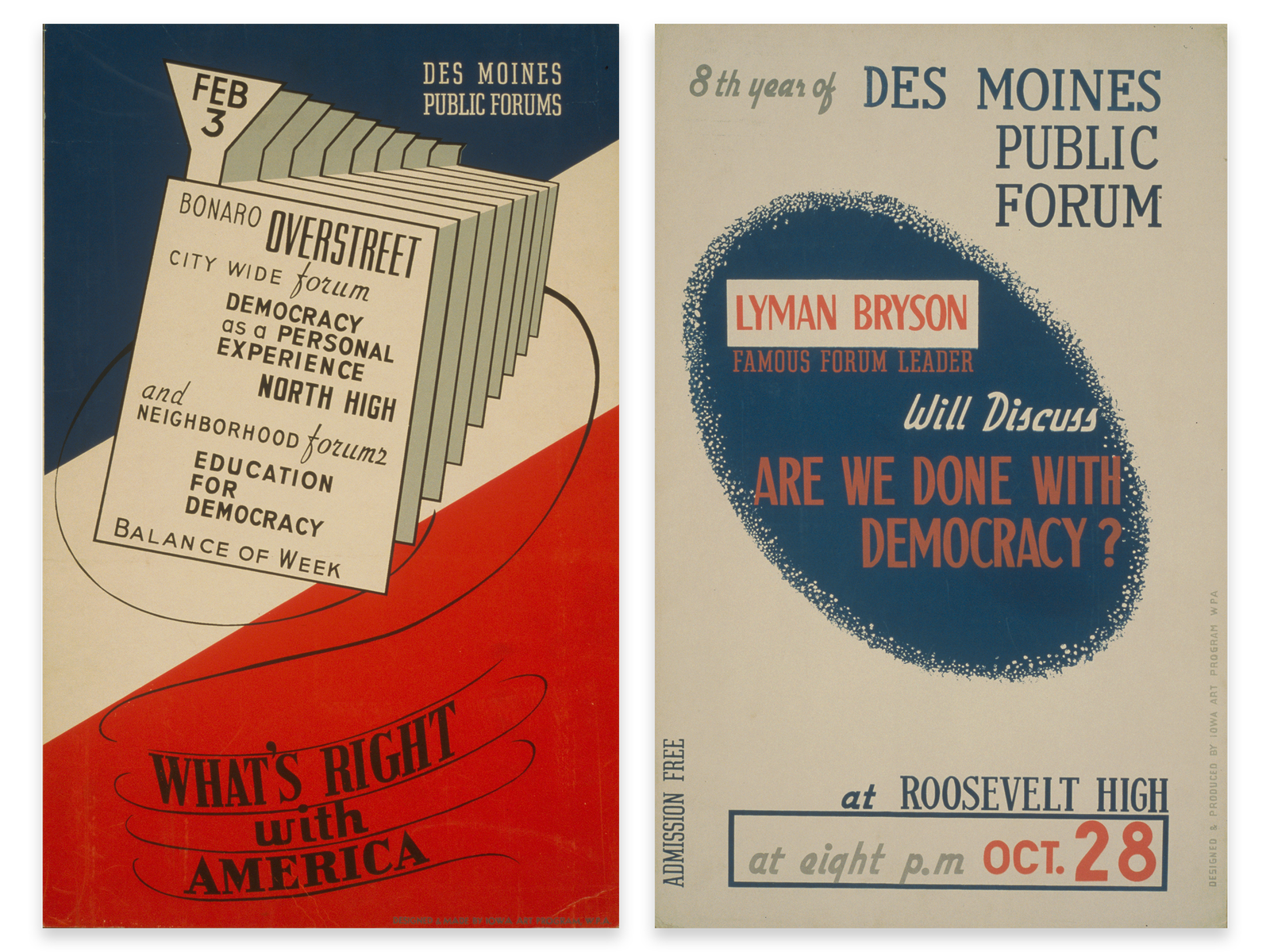 Image courtesy of the Library of Congress; flyers for the public forums of the 1930s

“The Last Time Democracy Almost Died,” by Jill Lepore in the New Yorker, explores the decline of democracies and rise of authoritarian regimes in the 1930s. She argues for a return to the public forums of the New Deal era, which debated many controversies of the day.

It’s a paradox of democracy that the best way to defend it is to attack it, to ask more of it, by way of criticism, protest, and dissent…

The meetings began at a quarter to eight, with a fifteen-minute news update, followed by a forty-five-minute lecture, and thirty minutes of debate. The idea was that “the people of the community of every political affiliation, creed, and economic view have an opportunity to participate freely.” When Senator Guy Gillette, a Democrat from Iowa, talked about “Why I Support the New Deal,” Senator Lester Dickinson, a Republican from Iowa, talked about “Why I Oppose the New Deal.” Speakers defended Fascism. They attacked capitalism. They attacked Fascism. They defended capitalism. Within the first nine months of the program, thirteen thousand of Des Moines’s seventy-six thousand adults had attended a forum. 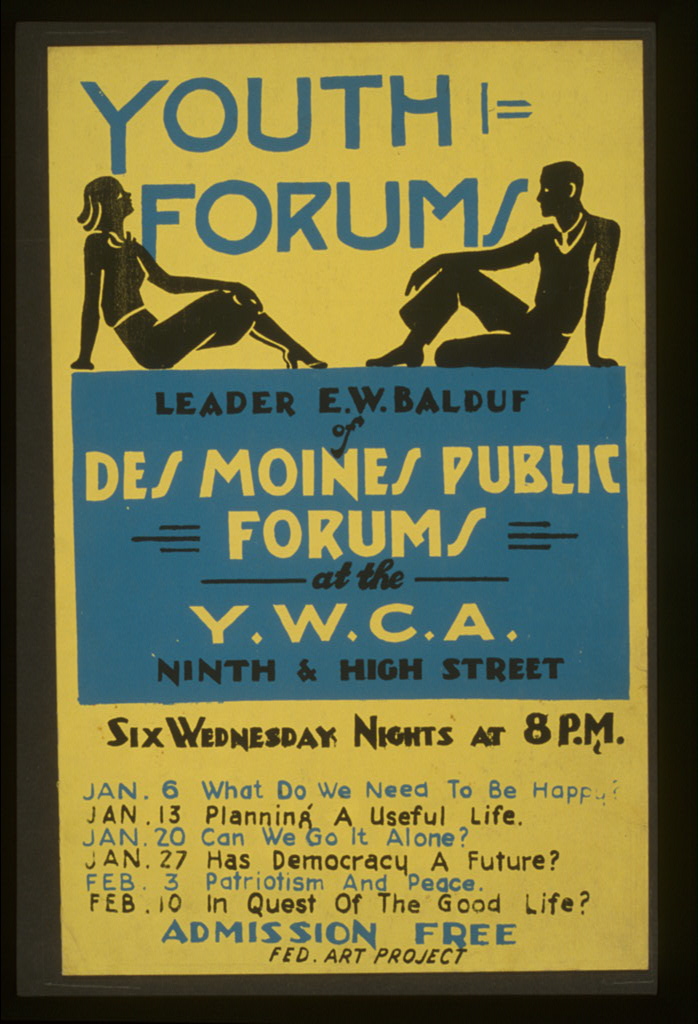 Let’s argue about Dmocracy freely, with ground rules for civil discourse. This will require  mutual agreement on standards of civil discourse,  truth and evidence that any high school debate team would accept, but that seem impossible in the toxic stew of  disinformation today.

We have many more forums now than the radio shows of the 1930s. , We have dozens of social media platforms, hundreds of broadcast channels. Some of these  are starting to develop and enforce ground rules, finally; harmful falsehoods and foreign propaganda are barely curbed now on Facebook and Twitter.

In the time of COVID, we’re not going to all be physically meeting to debate. But we don’t have to. Most Americans are used to attending virtual remote meetings now. If a moderated  “American Town meeting” were held, with ground rules, simultaneously on a variety of platforms and media, with a Question of the Week type format, I think it would be healthy for our democracy and unifying for our country.

What do you think? What, in your opinions, are the first steps for undoing the Trump Toxins and resetting democracy?