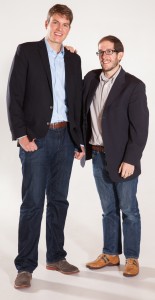 Colorado Newsline reports, and no we haven’t actually checked that but it’s a pretty good bet:

Garnett faced no opposition, but the battle for House majority leader was more competitive — with Reps. Adrienne Benavidez of Commerce City, Daneya Esgar of Pueblo, Chris Kennedy of Lakewood and Leslie Herod of Denver all vying for the position.

After two runoff elections and a technical problem with the virtual platform the caucus was using, Esgar emerged victorious and will be the next majority leader in the House.

After two years as “speaker in waiting” under K.C. Becker, Alec Garnett’s ascendancy to the top job in the Colorado House was not the dramatic action of the day, with that honor going to contest for the next House Majority Leader to succeed Garnett. He’ll preside over an unchanged 41-seat Democratic majority after trading one seat with Republicans for a net wash–though it remains the biggest House majority Democrats have enjoyed in Colorado in the lifetime of most people now living.

Garnett is a regular guest on the Get More Smarter podcast, and we’re excited to continue bringing his wit and wisdom to our readers/listeners after he moves into the Speaker’s office in January. The full release from Colorado House Democrats follows after the jump.

With 41 members, the caucus will continue to hold the largest Democratic majority since 1965.

Speaker-designee Garnett served as the House Majority Leader in the 72nd General Assembly in which Democrats passed historic and ambitious legislation to respond to the COVID-19 pandemic, protect our environment and lower the cost of health care. He represents HD-02, which includes parts of Denver and is the youngest House district in the state. His election will be official when the House convenes for the first day of the 2021 legislative session in January.

“In this election, Coloradans continued to place their trust in Democratic leadership, and it is a privilege to lead our state forward to help Colorado build back stronger,” said Speaker-designate Alec Garnett, D-Denver. “House Democrats are committed to forging an economic recovery where every Coloradan has a fair shot at success. We will put students and teachers first and protect the Colorado we love by preserving our clean air and water. With a diverse caucus that is 68 percent women, we will fight for all our communities, regardless of party, and advance justice for those who too often have seen it denied.”

House Democrats elected Rep. Esgar to serve as Majority Leader. Rep. Esgar is the Chair of the Joint Budget Committee (JBC) and represents HD-46, which includes parts of Pueblo County. She led the JBC as it responsibly crafted a balanced state budget during the worst economic and public health crisis in a generation and has been a strong voice for Southern Colorado at the state capitol. She is a founding member and former chair of the Colorado LGBTQ legislative caucus.

“We have a lot of hard work ahead, and I am humbled Coloradans have overwhelmingly chosen Democrats to continue leading in the House.” said House Majority Leader Daneya Esgar, D-Pueblo. “I’m ready to roll up my sleeves and bring my Southern Colorado values to the leadership table and to continue fighting for our essential and hardworking state employees. I’m excited to get to work for families and for Coloradans across our state to lower the cost of health care, build an economy that works for all, and always prioritize our students and teachers.”