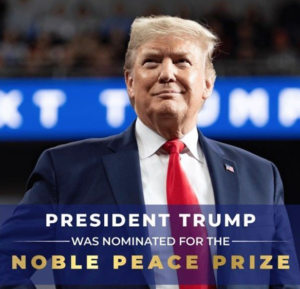 Richard Murray, a Republican who’s running for an open seat on the University of Colorado Board of Regents, would be expected to vote for Trump on November 3. After all, no elected Republican in Colorado has said they’ll abandon the President, despite his unpopularity here–and his extremism, like his refusal to commit to leaving office peacefully.

But during his watershed regent race that could become the high watermark of the blue wave splashing across Colorado, Murray has been refusing to say where he stands on Trump, likely because his pro-Trump stance would scare away swing Trump-hating voters.

Murray has been caught telling Republican donors that he will vote for the president, according to an audio recording released by a group opposing Murray.

In the recording, Murray is asked, “Are you going to be voting for Trump in the General Election?”

The question elicits laughter from the crowd, presumably because it would be preposterous for a Republican not to vote for Trump.

Prior to the unveiling of this recording, Murray had refused to talk about Trump. He didn’t return multiple messages from the Colorado Times Recorder in August, and he told Colorado Politics reporter Ernest Luning in January that he wouldn’t comment on the presidential race because he sees it as “separate and distinct from the CU Board of Regents.”

The recording was released by A Whole Lot of People for Change (WLPC), which states that it was recorded at a Feb. 18, 2020, private fundraiser on the University of Colorado at Denver’s South Campus. WLPC is an independent expenditure committee, which among other things, runs a website called Save CU with a video and other information casting Murray in a negative light.

Murray did not return an email and a call seeking comment on the recording–as well as on why he thinks Trump’s education policies, including the stances of his Secretary of Education, Betsy DeVos, have no relevance on the CU Board of Regents race.

Murray’s Democratic opponent Ilana Spiegel told the Colorado Times Recorder in August that she thinks Trump is a relevant campaign topic, saying it’s “very relevant given the Trump administration’s complete disdain for public education at all levels, science, and research, his fondness for failed schemes like Trump University, the erosion of Title IX projections, and for-profit student debt services.”

Murray promotes himself in advertisements as a “conservative Republican,” and his campaign has focused, in part, on pointing out that if he loses his seat, which was previously occupied by a Republican, Democrats will take over the CU Board of Regents for the first time in 40 years.

The Board of Regents, which is currently controlled by a 5-4 Republican majority, has three regent slots that will be decided this November, including the Murray-Spiegel race in District 6, which includes Aurora and surrounding suburbs. The other two races (District 7 and District 2) are very likely to be won by Democrats. In fact, Republicans didn’t even field a candidate in the District 7 race, which covers the area represented by U.S. Rep. Ed Perlmutter, a Democrat.

Controlling the CU Board of Regents would be the final step by Colorado Democrats toward the complete takeover of statewide representative bodies and offices.

Colorado Democrats flipped the state Senate and Colorado State Board of Education in 2018–as well as the secretary of state, treasurer, and attorney general offices.

Here’s the recording of Murray, as released by Save CU, a website produced by his opponents: