(The problem is not enough tinfoil – Promoted by Colorado Pols) 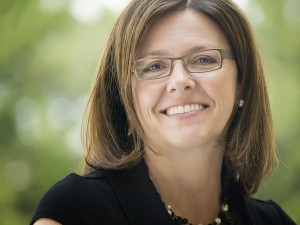 Congressional candidate Lauren Boebert’s spokeswoman thinks “something nefarious” is causing Boebert campaign emails to be directed to the spam folders of people who have Gmail accounts.

Laura Carno, Boebert’s communications director, told a conservative radio show Tuesday that she’s heard from “dozens and dozens and dozens of people saying, ‘Hey, just so you know, I think my spam filter is moving all of Lauren’s messages to spam.'”

Carno, who uses Gmail “for the time being,” thinks this isn’t a function of normal spam email filtering but a targeted attack on conservatives, like Boebert.

“As I’ve looked at my own spam box and my email service, it’s the same thing,” Carno told KCOL’s Jimmy Lakey. “It’s all of the conservative stuff.”

Carno acknowledged on air that she doesn’t subscribe to many liberal email lists so she has a “slanted inbox to start with.”

“Even when I go through and say this is not spam on GOP emails or campaign emails that I want to see, the next one that comes out goes straight to my spam,” she explained to Lakey, who told her his emails from the Colorado Republican Party also go to spam.

“So I think there’s something nefarious afoot,” Carno concludes.

“A little nefarious behavior there, from Silicon Valley,” replies Lakey, then adds facetiously, “I’d be shocked if that happens.”

Google didn’t respond to an email asking if its spam filters are set to grab conservative emails. Or if the company has heard the complaint from other conservatives–or from progressives.

Carno’s embrace of a spam-filter conspiracy comes as Boebert continues to try to downplay favorable comments she made about QAnon, an outlandish conspiracy theory alleging that government workers, pedophiles, and others are plotting against Trump.

Boebert has said she’s not a follower of QAnon, but she did delete her YouTube account where she followed numerous QAnon-related channels. And she continues to embrace conspiracies about government “deep-state” workers who are out to get the president.

Carno, who’s the author of Government Ruins Nearly Everything, and Lakey are not alone in worrying about conspiratorial shennanigans from Silicon Valley.

On Wednesday, the Trump campaign sent a fundraising appeal to supporters alleging that the left is “CENSORING our President for telling the TRUTH.”

Trump’s email pointed to Twitter’s decision to put a warning sign on a tweet from Trump in which he equated the COVID to the seasonal flu.

“Silicon Valley Elites and the Fake News media are trying to SILENCE President Trump weeks before the Election, during a critical moment in this war against the coronavirus,” the email falsely stated.