Have Some Pride, Dan Caplis 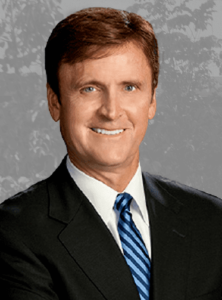 Dan Caplis is a conservative talk radio host in Denver who desperately wants to be a candidate for statewide office. The key word in that sentence is “desperately.”

During his KHOW radio show on Thursday, Caplis made it known that he is absolutely considering running against Gov. Jared Polis in 2022, which is an embarrassing statement if you are at all familiar with Caplis’ long flirtation with politics. Caplis made this declaration in response to a question from a caller identified as “Karen from Greeley” about whether he is looking at the 2022 Governor’s race:

At the end of the call, Caplis reiterated what he just said in case you weren’t paying attention:

“It’s a long way from here to there, but the question is, are you considering it? Of course. How could you not right now?”

This discussion followed a long tirade from Caplis calling Polis “the wimpiest governor in Colorado history,” mostly because Polis did not insist that high school football is played this fall (seriously, that’s not an exaggeration on our part). Here are some other things that Caplis said about Polis on Thursday:

“He blew this thing in the beginning. Colorado got wiped out by COVID. Now, Polis is trying to pretend like, well, wait a second, it’s all about the fewest number of COVID cases possible. No, that’s a phony goal. That’s a phony standard. That’s not what it’s about.”…

…“Guess what? These kids don’t get to play now because Polis has this phony goal of fewest cases.”…

…“Colorado essentially — and I’m not saying this in a pure scientific sense, but in a practical sense — Colorado got wiped out under Polis on such a large scale early on, because Polis invited in from all over America’s ‘Wuhans,’ tens of thousands of people with COVID.”…

…“Colorado got so wiped out early that there weren’t as many susceptible hosts left later.”

To recap, the reason Colorado is not a COVID-19 hotspot today is because everybody died in the spring when Jared Polis intentionally invited infected people to travel to Colorado. This absolutely checks out [insert eyeroll].

Dan Caplis is no rocket surgeon, but could he really be a candidate for higher office? Probably not.

Caplis has rarely failed to float his name for statewide office; he was perhaps the most quiet about his political hopes in 2012, when there was no race for Governor or U.S. Senate in Colorado.

Caplis really wanted to be the Republican Senate candidate in 2008. Ahead of the 2010 election cycle, Caplis sent up trial balloons for both Governor and U.S. Senate. He talked about running for Governor in 2014, and again for U.S. Senate in 2016. In fact, Caplis said he was “very serious” about mounting a campaign in 2016, although as he told Jason Salzman, “It would hard to be a lot more serious than we were about it before.” When he says, “before,” does Caplis mean 2008, 2010, or 2014? It’s impossible to know.

In 2018, Caplis talked openly about his political dreams, telling Westword: “I’ve wanted to run for office for a long time. It’s very front-burner, and that flame is burning hotter than ever.”

Near as we can tell, Caplis first started obsessing about being a candidate in 2007, using his radio show to continually suggest that he might run for U.S. Senate the following year. Caplis even started making the early rounds at Republican events, but to say he failed to pick up traction would be overly generous. As The Colorado Independent reported in April 2007, a Caplis campaign was really only on the mind of one person:

“I don’t know any Republicans who are taking that seriously,” says Lynne Cottrell, a former Arapahoe County GOP chair and longtime Republican activist who knows Caplis personally. “I don’t know anyone who is supporting him. Dan’s a good guy, but I don’t know where [the media] is getting this idea that he is a potential candidate.”

Attorney John Zakhem, a well-known GOP insider, is equally blunt when asked if he knows of any Republicans who are taking Caplis seriously as a candidate.  “Nobody [is talking about him],” he says. “He’s not on the radar for me or any other Republicans that I know of.”

Adds another Republican insider who wished to remain nameless speaking about the U.S. senate race: “Caplis? No. There isn’t anybody who is thinking about Dan Caplis as a potential candidate.” [Pols emphasis]

Caplis did not respond to repeated attempts for comment, so it’s hard to say whether he is seriously thinking about running for the U.S. senate or if floating his name is just a publicity stunt.

If this is all some long, drawn-out publicity stunt, Caplis at least deserves some credit for maintaining the ruse for so many years.