Get More Smarter on Friday (August 21)

Today is National Senior Citizens Day AND National Spumoni Day. Please celebrate responsibly. Let’s Get More Smarter. If you think we missed something important, please include the link in the comments below (here’s a good example). If you are more of an audio learner, check out The Get More Smarter Podcast. And don’t forget to find us on Facebook and Twitter.

► Former Vice President Joe Biden is now officially the Democratic nominee for President in 2020. Biden accepted the Democratic nomination in an emotional speech on Thursday night from his home base in Wilmington, Delaware. Dana Milbank of The Washington Post hits on a theme that seemed to be picked up everywhere in media coverage of the last night of the Democratic National Convention — Biden’s humanity:

President Trump has tried every dirty trick in the book — and a few new ones — to cast doubts about the workings of Joe Biden’s brain. But Trump has been focusing on entirely the wrong organ. Biden’s appeal is from the heart.

The Democratic presidential nominee, in the most crucial speech of his long career in public service, had no problem clearing the low bar Trump had set. The evening began with a clip of Biden quoting Kierkegaard and ended with him quoting the Irish poet Seamus Heaney.

But the power of Biden’s acceptance speech — and the power of his candidacy — was in its basic, honest simplicity. The rhetoric wasn’t soaring. The delivery was workmanlike (he botched an Ella Baker quote in his opening line). But it was warm and decent, a soothing, fireside chat for this pandemic era, as we battle twin crises of disease and economic collapse and we only see each other disembodied in boxes on a screen. Biden spoke not to his political base but to those who have lost loved ones to the virus.

While Biden was preparing to deliver his acceptance speech, President Trump was spouting some ridiculous nonsense at a Pennsylvania rally before being interviewed by Sean Hannity of Fox News. Chris Cillizza of CNN looks at some of Trump’s more absurd statements on Fox News.

►Postmaster General Louis DeJoy testified in front of the Senate Homeland Security and Governmental Affairs Committee on Friday and exclaimed that it was “outrageous” that anyone would accuse him of trying to hamper voter turnout this fall. Amber Phillips of The Washington Post breaks down 5 big takeaways from DeJoy’s testimony today.

DeJoy will speak to the House Oversight Committee on Monday.

► House Minority Leader Kevin McCarthy is (sorta) speaking up about the dangers of QAnon candidates in the Republican Party. McCarthy is facing questions about his continued role leading the GOP caucus after some members accused him of not doing enough to stop the candidacy of QAnon lover Marjorie Taylor Greene in Georgia. Appearing on Fox News on Thursday, McCarthy took a stronger stance, as The Hill reports:

“Let me be very clear,” McCarthy told Fox News. “There is no place for QAnon in the Republican Party. I do not support it and the candidate you talked about has denounced it.”

Greene also came under fire after videos emerged of her making bigoted remarks and questioning whether a plane crashed into the Pentagon on 9/11, comments she later walked back.

A number of GOP lawmakers have expressed concerns that Greene’s comments and association with QAnon could stain the party’s image and potentially have a negative effect on vulnerable members’ races this year.

McCarthy emphasized Thursday that Greene has distanced herself from the QAnon theory and deserves a chance to prove herself once elected to the deep-red district. [Pols emphasis]

Greene has only pretended to back away from her support for QAnon. Here in Colorado, Republican congressional candidate Lauren “Q*Bert” Boebert has made half-hearted attempts to “distance” herself from QAnon, only to continue to repeat some of their most-trafficked conspiracy theories.

► The Pine Gulch Fire in Western Colorado — now the second largest wildfire in Colorado history — remains at about 17% containment.

Meanwhile, residents along the Front Range of Colorado are getting increasingly frustrated with the poor air quality in the area. As The Denver Post reports:

Then, next year, the commissioners will consider tighter controls on industrial plants not scheduled for closure, including cement factories and the Suncor Energy refinery north of Denver.

…But restive residents raised health concerns and voiced frustrations at what some saw as a losing game in the face of climate warming that worsens bad air. More than 150 people participated in the air commissioners’ online meeting. Several noted the particulate-heavy smoke from wildfires that have burned more than 175,000 acres and aggravated respiratory ailments.

►Republicans are trying desperately to inflict political harm on former Gov. John Hickenlooper in advance of the 2020 U.S. Senate race. It’s not working.

► Colorado Newsline looks at the un-nomination of William Perry Pendley as the Director of the Bureau of Land Management. Pendley may not get the full-time job, but the outspoken proponent of SELLING PUBLIC LANDS remains the interim director of the agency now headquartered in Grand Junction.

► The Denver Post reports on a shaky “environmental group” featured prominently in an ad for Sen. Cory Gardner (R-Yuma):

Gardner’s latest TV ad, titled “Both Parties,” alternates between the narration of two individuals — a man whose name is in blue, a woman whose name is in red — giving viewers the impression his environmental work has the support of both major political parties.

But both people in the ad are registered Republicans and the woman, who is cited as an environmental advocate, founded a group five months ago that has no history of environmental work. Environmentalists who have advocated here for decades say they’ve never heard of it.

► As Colorado Public Radio reports, new extended unemployment benefits have been approved in Colorado — for a few weeks, anyway:

…The federal government will provide three weeks of the unemployment benefit. It’s unclear if Colorado will get more funding to keep the payment going beyond those initial three weeks.

The Federal Emergency Management Agency is waiting to see how many states apply before allowing approved states to apply for additional weeks. The application period ends Sept. 10. Colorado is one of eight states so far that applied for the benefits program.

► The Colorado Sun looks at the implementation of Colorado’s “red flag law” in its first seven months. 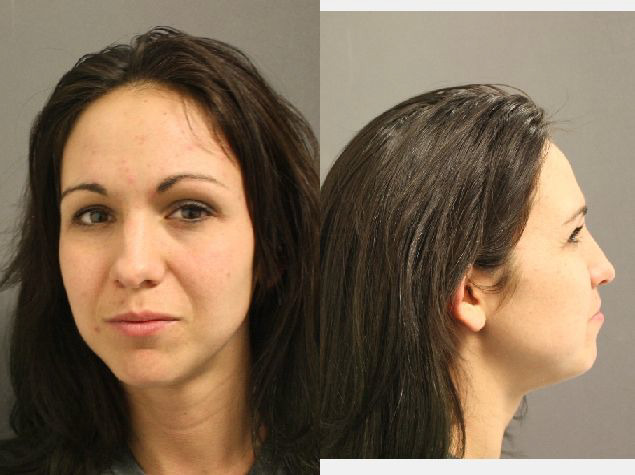 ► Judith Kohler of The Denver Post looks at how a drought in Colorado is hurting farmers across the state.

► Vox.com tries to track the evolution of QAnon to a place in which President Trump is even acknowledging the nonsense.

► President Trump is again admonishing California for not doing a better job of sweeping its forests, or something.

► President Trump is also making weird threats about sending law enforcement officials to polling places. As Philip Bump writes for The Washington Post, this doesn’t make a lot of sense.

► Colorado Sen. Cory Gardner (R-Yuma) calls on FEMA to do a thing it already did:

Gardner has had 10 years in Washington to do what he promised, come up with a health care plan that is less expensive and higher quality than what the ACA offers. He has not only failed, but he has repeatedly thrown his support behind measures that would actively do harm to the people he’s supposed to represent.

To run an empty health care bill now, which accomplishes nothing except providing Gardner with a talking point in a political ad, shows that he will never take responsibility for his terrible record of voting against protecting people with preexisting conditions. Gardner must be held accountable, especially when issues are literally a matter of life or death.

► This week on The Get More Smarter Podcast, enjoy not one but TWO great interviews.