UPDATE: ABC News thickens the reality TV plot, and not in a good way:

NEW: The same day GOP operative Rachel George was actively working to get @kanyewest on Colorado’s ballot, she was also working for @TheJusticeDept as a fill-in public affairs spokesperson for US Attorney Jason Dunn. More below. ⁦@ABCPolitics⁩ @abc https://t.co/C8NlCBWP23 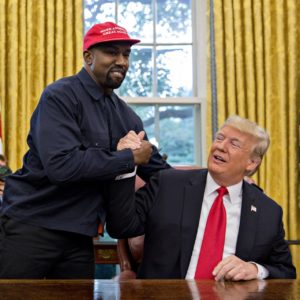 The Denver Post’s Justin Wingerter directs us to a report in the New York Times today that will either shock the hell out of you or (more likely) not:

President Trump’s son-in-law and senior adviser, Jared Kushner, met privately last weekend with Kanye West, the rapper who has filed petitions to get on the November ballots for president in several states.

Last week, rapper Kanye West filed to appear on the ballot in Colorado as a presidential candidate with the help of former Cory Gardner spox Rachel George–who recruited a small group of mostly fellow Republican political operatives to sign on as qualified Colorado electors to qualify West for the ballot. One of those operatives actually pretended to support West on the merits, which is in every objective sense ridiculous, but most of them have kept quiet so as not to embarrass themselves.

It’s reasonable to speculate now that we know West himself was in Colorado last week that he met personally with local Republicans involved in getting him on the ballot in our state. To be clear, Kanye already admitted he’s doing this in order to pull votes from Joe Biden–“the joke” Rachel George asked co-conspirators to be “in on.” Meeting with “Javanka” in Telluride after “glamping” at some exclusive resort we may or may not have heard of closes the loop on the week’s Kanye news so perfectly…