The Beginning of the End Has Arrived for Gardner 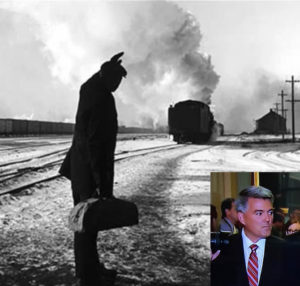 As POLITICO reports, Senate Republicans are making a big spending commitment in five states in hopes of preserving their Senate Majority in 2020:

Republicans’ chief Senate super PAC is launching a new $21 million TV and radio ad buy in August across five races as the party continues to fight to protect its majority against massive Democratic spending.

Senate Leadership Fund, the outside group with ties to Senate Majority Leader Mitch McConnell, will launch ads starting next week in Montana, Georgia, Iowa and North Carolina, and will also go up in Arizona later this month, according to details shared first with POLITICO. The August wave represents an earlier-than-expected launch for the super PAC, which had previously booked $90 million in ads set to run across the Senate map starting after Labor Day.

Eagle-eyed readers will note that Colorado is NOT included on that list of states getting big money support in order to save the Senate Majority — and they’re not even waiting for Labor Day to say goodbye.

Senate Republican spokespeople will no doubt insist that Colorado Sen. Cory Gardner is definitely not being left behind as they focus on trying to hold GOP seats in Georgia and Montana, but the writing is on the wall now. Gardner’s poll numbers have been awful in Colorado, and we’re not a state that is going to be competitive in the Presidential race (unlike, for example, Arizona), so there’s no secondary rationale for spending money to prop up Gardner.

Outside groups are still spending money in Colorado on Gardner’s behalf, but we would expect those ad buys to be quietly altered as Labor Day approaches. We’ve said for awhile in this space that Republicans can only throw good money after bad in Colorado for so long before strategic realities force some tough decisions.

It would appear that the end is here.