Cases like June Medical Services v. Russo illustrate the importance of having access to abortion without limits or cutoffs. Louisiana is one of the most restrictive states in terms of abortion laws and there are just 3 abortion clinics in the state. Laws like admitting privileges, waiting periods, and mandatory counseling are designed to push care out of reach and will force people to seek abortion care later in pregnancy. Colorado must remain a place where people can seek abortion care when the patient’s home state has failed them.

We must defeat the abortion ban on the ballot in Colorado this November.

And we must replace Sen Cory Gardner with a Senator who reflects our Colorado values on abortion access and reproductive rights. Both of the Trump Justices Sen Gardner confirmed to the Court were on the wrong side of today’s decision. Justice Kavanaugh wrote the dissent. Sen Gardner’s votes to confirm these Justices flagrantly ignored Colorado voters and values, and we will hold him accountable. 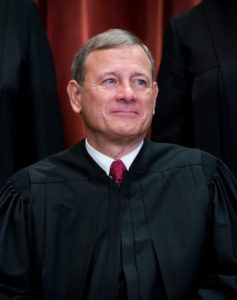 The Hill reports on another Supreme Court decision today with a very high probability of enraging the religious right:

The Supreme Court on Monday struck down a Louisiana abortion law, handing a win to abortion rights advocates who feared the conservative court would break with past rulings to rein in protections that emerged from the landmark decision in Roe v. Wade.

The justices voted 5-4 to invalidate Louisiana’s admitting-privilege law in the first major abortion ruling of the Trump era, which came after the court struck down a nearly identical Texas law four years ago.

The ruling, which underscored the razor-thin voting margin over abortion rights, with Chief Justice John Roberts joining the court’s four liberals, is likely to make future Supreme Court decisions over a woman’s right to terminate an unwanted pregnancy an even more pressing issue in the coming presidential election.

In this case, Colorado’s Justice Neil Gorsuch and Trump’s other Justice Brett Kavanaugh voted to uphold Louisiana’s trial-balloon challenge to abortion rights. For Sen. Cory Gardner of Colorado, who squeaked into office in 2014 in part by evading and even weaponing the issue of abortion via a much-analyzed reverse psychology sympathy ploy, the votes of Gorsuch and Kavanaugh are damning proof for Democrats that Gardner poses a very real and proximal “threat to abortion rights.”

On the other hand, this case is the latest demonstration of the increasingly pivotal role on the Court played by Chief Justice John Roberts, appointed by Republican President George W. Bush in 2005. From the Affordable Care Act to LGBT rights and now on abortion, Roberts has emerged as a crucial firewall against the rightward lurch by the Court that has been broadly feared ever since Republican treachery forestalled the appointment of Merrick Garland in 2016.

With rumors continuing to spread in Washington about retirements from the Court both awaiting and trying to beat out the November elections, voters can add the future of the Supreme Court to the fate of the nation, the world, and all the other weighty questions this election will serve as a history-defining referendum for.

But, you know, no pressure or anything America.