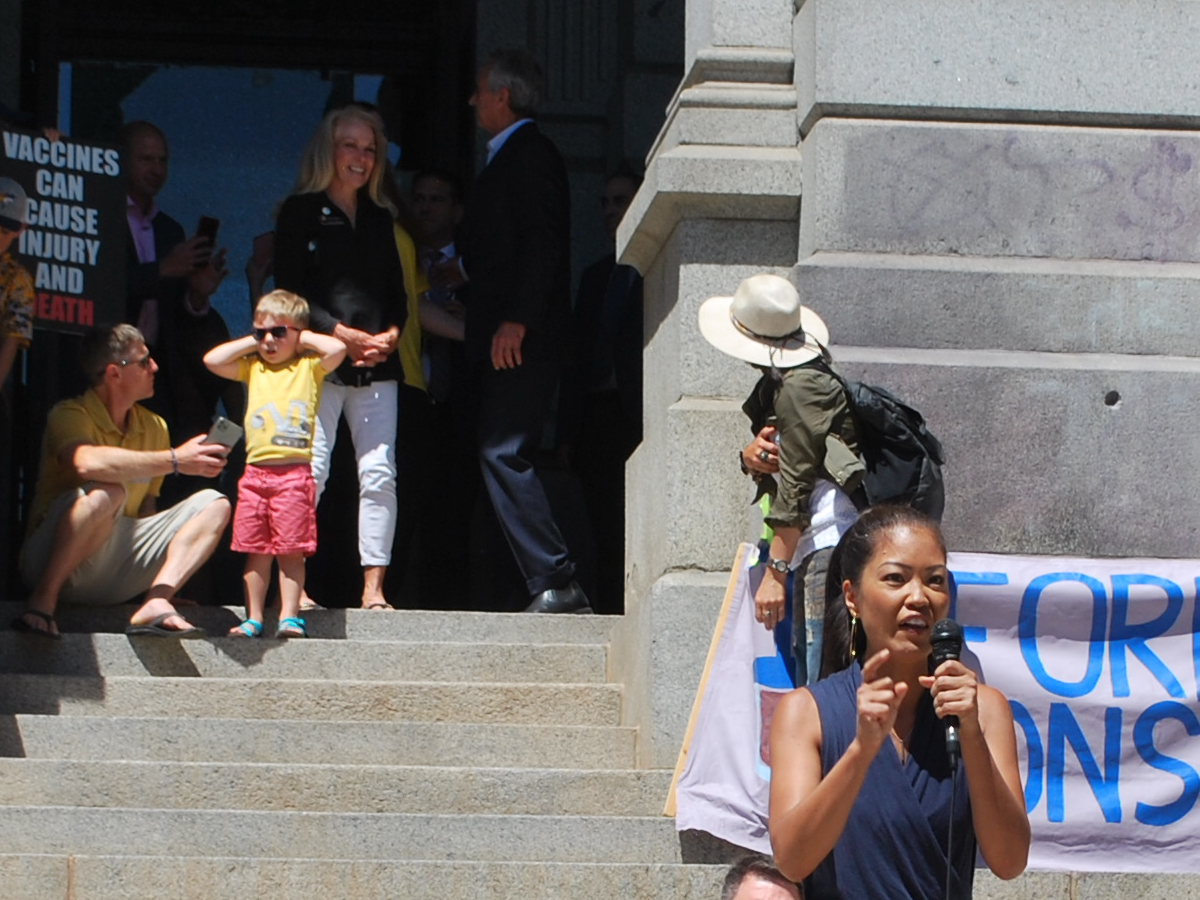 Pundit Michelle Malkin is headlining an anti-vaccination rally at the Colorado Capitol on Sunday, in advance of a rare weekend committee hearing.

Conservative activist group Concerned Colorado, which calls itself “a voice for families,” invited Malkin, along with anti-vaccine activist Robert Kennedy, Jr. to speak at the event.

Malkin, a Colorado resident who once authored a book in defense of the Japanese-American internment camps, has been a regular speaker at right-wing events. However her recent support of white nationalist and Holocaust denier Nick Fuentes led at least one major conservative group, Young America’s Foundation (YAF), to cut ties with her.

“Malkin is just as bad as those reprehensible alt-right actors who openly peddle white nationalism…If you consistently push racist ideas and associate yourself with viciously racist white nationalists, you’re racist too.”

In February, despite many years as a featured speaker, the Conservative Political Action Conference declined to invite Malkin back for its 2020 event. Instead she headlined a competing white nationalist conference also held in the D.C. area during the same weekend. 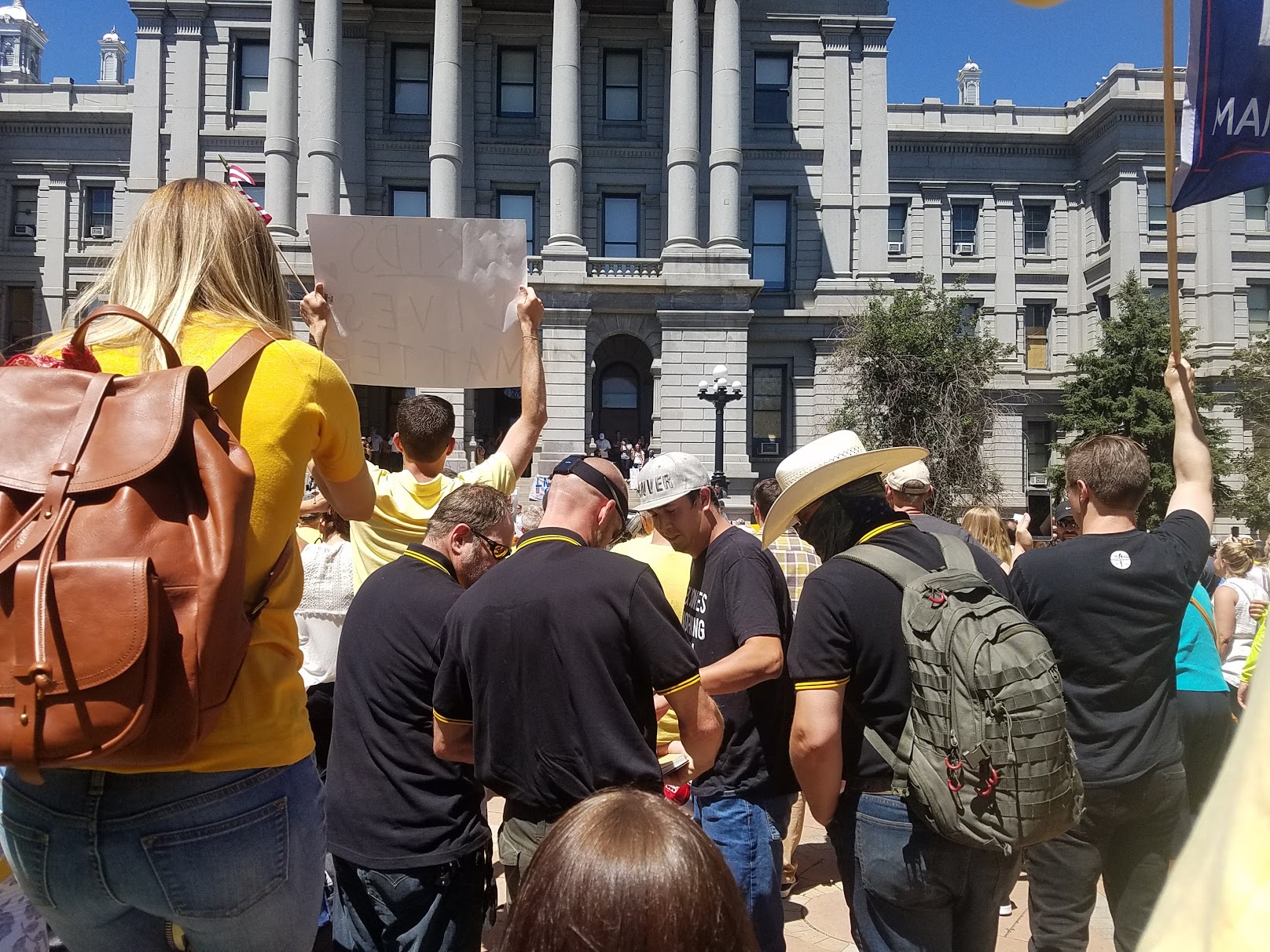 Louie Huey and other Proud Boys huddle together at the rally.

Reached for comment, Concerned Colorado spokeswoman Denice Dirks said the group asked Malkin to speak because she is a well-known opponent of mandatory vaccines. “The focus should be on the legislature bringing up such a controversial bill on a Sunday,” Dirks said, “especially when so many of our churches our opening up for the first time in months. It’s discrimination.”

She later provided this statement via email:

“Concerned Colorado and all Health Freedom groups in Colorado are grassroots movements of Moms, Dads, and concerned caregivers who simply want the right to make medical decisions for our children without undue government or Big Pharma influence.

We are Health Freedom Advocates who recognize that medicine is not now and has never been one-size-fits-all and therefore every parent/child/practitioner relationship should remain a private relationship with no government interference.

SB20-163 has been misrepresented in the press. This bill will do nothing to address the vaccine uptake in kindergarten because the vaccines are not due by the CDC until first grade. This bill puts Private Identifying Information on healthy children into a state tracking database that has already been breached three times. It includes homeschoolers, limits medical exemptions, removes religious exemptions, and forces parents into pharma-promoted “re-education.” It gives all future vaccine requirements to the health department, bypassing the legislature and stakeholder process, thereby removing all future citizen input.”

The bipartisan “School Entry Immunization” bill creates standardized forms for parents who, for religious or personal reasons, choose to opt their school-age children out of state-required vaccines. The House Health & Human Services committee is expected to pass the bipartisan legislation. The hearing is scheduled to take place at noon in the Old State Library, a room reserved for hearings on bills expected to generate substantial public comment.