A Democratic congressman from Colorado introduced a bill Thursday that seeks to gather racial policing data from across the nation, create a federal task force to investigate local law enforcement misconduct and provide financial incentives to agencies that implement pilot programs to reduce wrongdoing.

“This should have happened a long time ago,” said U.S. Rep. Jason Crow, who has teamed up with House Democratic colleagues Rep. Sheila Jackson Lee, of Texas, and Rep. Ilhan Omar, of Minnesota, on the measure. “A lot of people have died and been seriously hurt because we haven’t made the change we have to make.”

The bill comes as congressional Democrats seek to introduce a wave of legislation aimed at police accountability in the wake of last week’s death of George Floyd at the hands of Minneapolis police officers. Floyd’s death has prompted protests across the nation, including seven straight days of demonstrations in Denver. 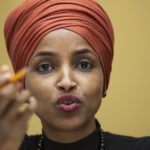 Rep. Ilhan Omar  of Minnesota, who represents the location where George Floyd was allegedly murdered by Minneapolis police, goes into more detail about the proposed bill in a release yesterday:

This bill will establish a federal agency responsible for investigating all nationwide deaths occurring in police custody, officer-involved shootings and uses of force that result in severe bodily injury. The agency will conduct unbiased, independent investigations and issue determinations of responsibility and recommendations for reform that will prevent future violence. Those findings will be admissible in court and federal funding for law enforcement activities and equipment will be curtailed if a police department fails to take meaningful action on the Board’s policy and reform recommendations.

“The systemic targeting and use of deadly and brutal force against Black people stems from the long legacy of slavery, lynching, and Jim Crow laws in the U.S.,” said Rep. Omar. “If we are to change this pattern of violent racism, we need to fundamentally restructure our criminal justice system. We need an independent agency—outside law enforcement—to investigate misuse of force in an unbiased manner.”

Politically, this is an issue that plays very well for Rep. Jason Crow. Crow’s diverse district centered on Aurora is no stranger to police violence against people of color. Republicans might not agree, however, particularly with an energetic campaign underway to demonize four women freshman colleagues of Rep. Crow’s known as “The Squad”–which includes Rep. Omar, Crow’s partner on this bill. With respect to the GOP’s vituperative attacks on those four freshman members of Congress in particular, there’s a sharp cultural divide between audiences who chuckle along at derogatory attacks on women of color in leadership, and those who find such attacks to be racist and repellent.

In that event, Republicans may find out the hard way that Aurora is on the wrong side of that divide.