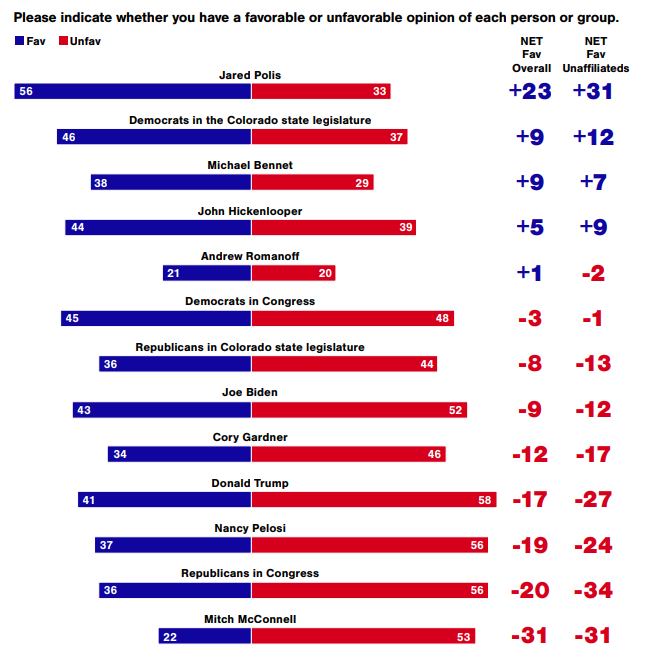 “This isn’t 2014, when Cory Gardner was a relative blank slate with the national winds at his back,” said Andrew Baumann, a Denver-based pollster with Global Strategy Group, a Democratic firm. “Colorado voters now clearly understand that Gardner has put his loyalty to Trump ahead of Coloradans, which has left him well-defined in a very negative way — and with a deeply unpopular albatross hanging around his neck.”

Baumann and Global Strategy Group surveyed 800 registered voters in Colorado online between May 7 and 11. They found 37% of voters approve of the job Gardner is doing, which is lower than the 41% of Colorado voters who approve of the job Trump is doing. Thirty percent approved of Gardner’s work on coronavirus response.

There’s a lot of data to unpack in the latest issue of the Rocky Mountaineer, and if that’s not enough you can further digest the details here. Highlights include a declining approval rating for Donald Trump, a double-digit lead for Joe Biden, John Hickenlooper’s name ID owning the Democratic Senate primary, and great news for Democrats in the Colorado General Assembly looking to expand their majority even beyond 2018’s historic wins. As for Cory Gardner, his sub-Trump approval rating is a continuing sign that he is weak on both flanks–and his base support is heavily dependent on his continued fealty to Trump, even though Gardner’s servility to Trump seals his doom with many more voters.

That all looks right to us, folks.