Screw The Workers, Says Trump, The Meat Must Flow

Among the many headlines involving the COVID-19 pandemic in Colorado has been the plight of thousands of workers in meat processing plants located in predominately conservative agricultural areas of the state like Weld County. At the JBS beef packing plant in Greeley, over 100 confirmed cases led to a very brief shutdown of the plant before controversially reopening late last week. The Denver Post reports:

A fifth employee at the JBS USA plant in Greeley died Sunday after contracting the novel coronavirus, according to the United Food and Commercial Workers Union Local 7.

Four workers at the Greeley beef plant have now died, as well as one person who worked at the JBS corporate office. The death of plant employee Way Ler, 61, comes two days after JBS reopened its Greeley plant after a nine-day closure prompted by the spread of the novel coronavirus among employees.

The plant reopened Friday after the company installed a variety of protections for workers designed to slow the spread of the virus, and most employees will return to work Monday, despite ongoing concerns about worker safety and a lack of testing for employees. 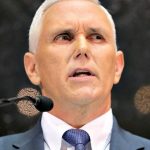 The COVID-19 outbreak at the JBS Greeley plant was sufficiently alarming earlier this month that Vice President Mike Pence himself acknowledged the situation, and promised federal support to test plant workers–as Denver7 reported back on April 10th:

Pence said he spoke with Polis about having those new testing resources for the plant in-state this weekend. [Pols emphasis]

“I want to encourage people in Colorado that we will work to support that effort, but I also want to emphasize that all the people that are working in food supply – from farmers, to meatpackers, to distributors, to truckers, to grocers – continue to have our gratitude,” Pence said.

Contact7 Investigates has confirmed promises from the White House and JBS management to provide testing for employees at the massive meatpacking plant in Greeley have not been kept. [Pols emphasis]

But the plant reopened anyway–and instead of testing for every employee, JBS sent a cease-and-desist letter to Kim Cordova, president of the United Food and Commercial Workers International Union Local 7 telling her in contractually threatening terms to pipe down.

And then, Bloomberg News reported today:

President Donald Trump plans to order meat-processing plants to remain open, declaring them critical infrastructure as the nation confronts growing disruptions to the food supply from the coronavirus outbreak, a person familiar with the matter said…

Trump signaled the executive action at the White House on Tuesday, saying he planned to sign an order aimed at Tyson Foods Inc.’s liability, which had become “a road block” for the company. He didn’t elaborate. [Pols emphasis]

The order, though, will not be limited to Tyson, the person said. It will affect many processing plants supplying beef, chicken, eggs and pork.

It looks to us like Colorado’s meat packing plant workers, many of whom speak English as a second language (if at all) and have been subject to inequities large and small while they labor to supply our nation’s ravenous appetite for meat, have been judged as expendable as the animals they process. As essential as their product may be, if these workers are not afforded the same protection as every other essential worker on the job in this pandemic, it’s going to be hard for anyone with a conscience to enjoy their juicy burger, grilled chicken sandwich, or honey-baked ham.

And we say that as devoted carnivores.