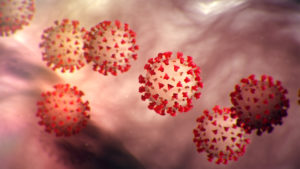 “I will go to any restaurant that stays open. You will have my business.”

“At this point, I have not been given anything official. So we will be open for business.”

“Many people will visit your restaurant!”

Those comments, which appeared on the private Facebook page for alumnae of Leadership Program of the Rockies (LPR), came in response to the following question, posed by a member of the group:

“For a restaurant business owner, what would legally happen if they chose to practice civil disobedience and stay open when the government demanded they close? Asking for a friend.”

One LPR graduate, Elliot Fladen, posted the comments about the restaurant ban from LPR’s alumnae Facebook page on his own Facebook page in an effort, Fladen says, to get LPR leaders and others to #DoyourpartCO, speak up, and help educate those who say they would thwart efforts to contain the disease.

“Now normally I wouldn’t share this from a private alumni page or at least blot out the people’s names,” wrote Fladen on his personal Facebook page when he posted the LPR comments. “But these people are actively advocating initiating force by thwarting Governor Jared Polis’ lawfully issued executive orders and thereby putting lives in jeopardy by turning themselves into disease vectors. This is the sort of behavior that needs be discouraged in the most expeditious way possible. So if you know these people, talk some sense into them.”

Fladen, who also wrote that LPR teaches “empty sloganeering,” was subsequently banned from the page, he says, but he has no regrets.

“We need to encourage others to respect the measures that are in place to protect us,” he told the Colorado Times Recorder, saying the issue goes beyond LPR alumnae to anyone who sees these kinds of remarks on social media or anywhere.

LPR President Shari Williams did not return a call seeking to know if she was aware of the Facebook comments and if she believes LPR should push back on the notion that restaurants and others should commit civil disobedience during a pandemic.

Graduates of LPR, which was originally called Republican Leadership Program and his ties to the Koch network, expressed different opinions about whether LPR itself and others should speak up against the sentiments in the comments.

“It’s no skin off of his back,” said Liston, referring to Polis. “He’s a mega-millionaire. He’s got it made.”

“It’s life or death for some of these restaurateurs,” he said.

Liston said he would personally eat at “any number of restaurants” that stay open, and he would support their decision to operate in violation of Polis’ order to shut down for dine-in service.

“Personally, just speaking for myself, there’s probably any number of restaurants that I would go into,” said Liston. “I would be very cognizant of my surroundings, to make sure everything is swabbed down, not just with a dirty dish towel.”

“I think a good restaurant could use this to its advantage and say, ‘We are going to go above and beyond to make the customer safe, and then let the customer decide,'” said Liston.

“I can envision a restaurant owner saying, ‘Hey, this is my survival. And I am going to do what I think is right. I’m going to have a good clean environment. I’m going to make sure my employees wash their hands three times an hour or whatever. I’m going to do my best to serve the public and stay in busininess,'” said Liston.

“If I were governor, I would not have ordered it,” said Lundberg. “Just strongly suggested at this stage.”

“It doesn’t have to come from a government mandate,” said Lundberg, adding that he isn’t sure Colorado has reached the point where Polis’ order is justified under the law and therefore could be “overreach.”

The legal basis for Polis’ emergency orders is available on website of the governor’s office.

“It should come from responsible citizens, and it’s what most of us are doing.” said Lundberg. “I certainly am.”

“I want us to come out of this with a structure of governance, not a paradigm shift of who’s in charge of what,” said Lundberg.

“As a state senator and attorney, I don’t suggest that anyone defy the order,” said Gardner when told that some conservatives were saying they would ignore it. “I think it’s far better to challenge the order in court.”

“The courts remain open,” said Gardner, who’s also an LPR graduate. “And the Legislature remains able to meet, even though we are adjourned. There is no need to behave as if there are not legal ways to seek redress with respect to the governor’s orders.”

“I believe that some of the governor’s orders are overly broad,” he said. “There may be reasons to limit various sizes of meetings. But some of them are clearly an infringement on First Amendment rights. I see a lack of care and thought is drafting some of these orders. The situation is serious but it should not prevent us from having a little thought in how we do things.”

Subbing for Mandy Connell on KOA Tuesday, Mike Rosen, a staunch Republican, pushed back on callers who opposed the restaurant ban, saying “Overreaction is better than under-reaction.”

In an interview with The Denver Post yesterday, U.S. Rep. Ken Buck (R-CO) called it “craziness” to shutter restaurants.

“You don’t shut restaurants down for 30 days,” Buck told The Post.

“I have no problem with (stopping) sporting events or things that don’t impact our civil liberties and don’t impact everyday life. Those are things that I think we can suspend for a period of time. But it’s just craziness to shut down businesses or parts of the economy that are absolutely necessary,” the congressman added.

Buck’s public statements do not reveal if he would encourage restaurants to violate the shutdown order.