“The Colorado Option”–It’s All About Saving People Money 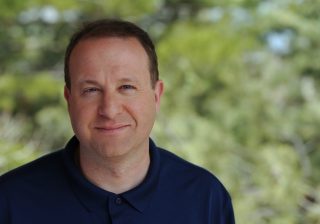 Although Democrats are preparing for a contentious fight about the proposal they’re calling the Colorado Option, they say they believe they can pass it.

The bill would provide Coloradans who purchase insurance on the individual market another choice by the state through private insurance. It targets counties that only have one option, aiming to create competition and lower premiums. Hospitals would be required to participate, and it would begin by Jan. 1, 2022.

If everyone on the individual market opts to use the plan, that’s about 8% of Coloradans, bill sponsors have said, with room for expansion. In some rural parts of the state, participation is expected to be higher.

Supporters of the new bill say that for too long, consumers have been asked to pay too much for their health care coverage and this fixes a gap in Colorado’s current system.

Part of the idea behind the bill is to create competition between insurance companies to help drive down costs. Currently, there is only one insurance option in 22 counties across the state. With the creation of the public option, each county would have at least two options.

“The days of being forced to pay outrageous premiums because it’s the only option will be over,” Rep. Dylan Roberts said. “Every single Coloradoan will have competition in the market regardless of where they live when this bill passes.”

For months now, the airwaves in Colorado have been overloaded with ads attacking a so-called “public option” or “government option” health care plan, along with the federal health care reform proposals from Democratic presidential candidates like “Medicare for All.” These ads generally rely on clouding or eliminating altogether the distinctions between these very different concepts, and it’s unclear whether they’ve been effective in tamping down majority support for such a plan we’ve seen in recent polls.

Unfortunately, the rollout of this legislation in Colorado hasn’t been well-served either by opponents hammering away for months about legislation that didn’t even exist yet, or the early references in the local press to what we are going to call the Colorado Option and stick with it–message discipline 101 here, folks–as a “public option.” Because, as the Colorado Sun’s John Ingold reports way below the fold his story today,

When lawmakers first began talking about this idea last year, they talked about wanting to create a “public option.” But what the state has come up with here, technically, is not that. [Pols emphasis] In wonk-speak, a public option refers to an insurance plan that is run by the government — like the ideas being floated on the presidential campaign trail to allow people to buy into Medicare coverage.

But Colorado lawmakers and state officials, not wanting to put the state budget at risk by creating a government-run insurance company, decided to go with this privatized but heavily regulated approach. We at The Sun have continued to refer to this proposal as a “public option,” mostly for continuity and lack of a better name…

But reportedly the Sun is going to stop calling it a “public option” now, and we’d say that’s a positive development for getting a bill passed. Given that the final legislation does not meet the technical definition of a “public option” in any sense, and that the words “public option” have been the target of a well-funded negative ad campaign from for-profit hospitals and the health insurance industry, proponents would do well to purge those two unfairly loaded words from their vocabulary.

The winning message for the Colorado Option is to keep it simple, and focus on the theme Gov. Jared Polis has defined for health care policy in Colorado under his administration: saving people money on health care. Keeping the message of tangible savings for consumers front and center without politically charged buzzwords effectively sidesteps the negative messaging from opponents. And if it comes to it, don’t be afraid to make for-profit hospitals and insurers explain their massive profits.

The steps Gov. Polis and the legislature are taking to bring down health care costs are not just good policy, they’re politically invaluable to Democrats. Much like the reinsurance bill Gov. Polis signed into law last year, which has been so successful that Republicans like Sen. Cory Gardner actually tried to take credit for it, what matters is the end result.