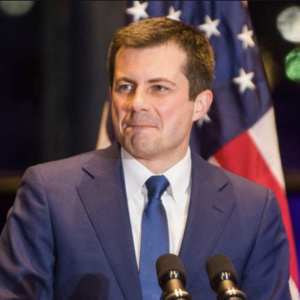 Democrat Pete Buttigieg announced on Sunday that he is ending his Presidential campaign.

Pete Buttigieg, the 38-year-old former mayor of South Bend, Ind., who saw a meteoric rise from virtual unknown to top-tier contender and became the first openly gay candidate to make a high-profile presidential run, ended his campaign Sunday as he confronted the reality that his prospects of victory had all but collapsed.

Buttigieg’s decision came shortly before Super Tuesday, the biggest primary day of the year, at a time when the Democratic race shows signs of becoming a race between Sen. Bernie Sanders (I-Vt.) and former vice president Joe Biden, with Biden occupying a centrist position that Buttigieg had hoped to make his own.

Buttigieg struggled to win support from black voters, a key pillar of the Democratic coalition and a vulnerability that was emphasized Saturday in South Carolina, where he finished fourth.

When we first started our regular Colorado Pols presidential polling last Spring, we referred to Buttigieg as “That South Bend, Indiana Mayor Guy.” Though he won’t end up with the ultimate prize here, it’s safe to say that Buttigieg has made a name for himself (and one that people can now pronounce correctly).