TUESDAY UPDATE: The editorial board of The Denver Post shares similar sentiments:

Why is that so concerning? It’s a symptom of the times where our political parties are discouraging compromise and favoring a my-way-or-the-highway mentality. The art of compromise is something that Colorado politicians are acclaimed for embracing and the last thing Coloradans should want is a gridlocked system…

…It would be a shame for these ideas — who gets covered and for how long, and the best mechanism to fund that coverage — to not get a hearing because lawmakers are unwilling to compromise or perhaps unwilling to really heed the concerns of this state’s business community.

Perhaps the legislation is too complicated for us to expect it to pass half-way through the legislative session but at the very least Winter’s bill deserves a robust hearing that hammers out all the potential flaws and benefits of this approach to the paid family leave problem.

Senator Faith Winter and Representative Matt Gray released the following statement regarding their dedication to creating a fair family and medical leave benefit for Colorado.

“We are fully committed to passing a paid family and medical leave program this year. The approach we’ve been working on would provide a much-needed benefit to Colorado workers. This is a very complex policy; we are still working to find the right solution, and we won’t stop until we get there. Too many Coloradans are fearful that one unforeseen event could upend their entire lives and their carefully laid plans for the future. Guaranteeing paid family and medical leave and the economic security it provides will give more Coloradans the fair shot they deserve.” 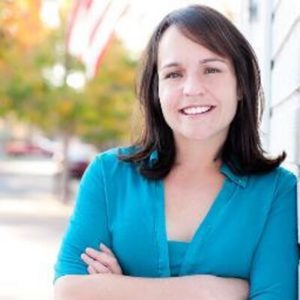 As the Denver Post’s Alex Burness reports today, the yet-to-be-introduced bill to create a paid family leave system for Colorado workers–a major policy priority for Democrats in full control of the Colorado General Assembly–has been dealt a setback after two Democratic sponsors pulled out of the effort:

[Sen. Faith] Winter and [Rep. Matt] Gray have been working to craft a bill that would bring paid leave benefits to workers across industries and income brackets. But it’s been immensely difficult, they’ve said, to achieve that goal while also satisfying the long list of concerns from well-funded and politically connected business groups — not to mention the governor, whose fingerprints are all over the latest bill draft…

This bill was a top priority for Democrats entering this session, just as it was in 2019. Asked if it’s now effectively dead, Winter said, “I don’t know. I always want to keep trying. I don’t know what that looks like going forward.”

The matter could be settled at the ballot instead of in the Capitol. Anticipating that the bill might either get watered down or entirely destroyed, progressive advocates in January announced plans to try to put a paid family leave program onto Colorado 2020 ballot. They said they’ve got significant financial backing.

If such a measure does land on Colorado’s ballot, it’s a near-certainty that business groups will put significant money into defeating it…

After managing only to pass a “study bill” in the 2019 session, paid family leave backers had high hopes going into the 2020 session that some kind of program would make it through this year–legislation that, though maybe not perfect, would still provide a meaningful benefit to thousands of Colorado workers who currently have no paid leave option. Gov. Jared Polis weighed into the debate recommending a privately-administered family leave insurance program, which upset some on the left who wanted a public program with resources fully devoted to benefits instead of corporate profit.

The situation to us is not unlike the blue-on-blue debate over the Affordable Care Act in 2009-10, in which a public option insurance plan to compete with private offerings became a point of contention between Democrats that nearly sank the entire bill. In retrospect, the millions of Americans who have benefited from the ACA even without the public option made the wisdom of “just passing the damn bill” indisputable. The moral of that story is straightforward: defeat never leaves you in a stronger position, and passing an imperfect bill that gets a major reform moving is better than passing nothing.

It is with all of this in mind that we urge Democrats to keep trying to get to majority support on a paid family leave program, and to not let the perfect become the enemy of the good with respect to the finer points. Polling has consistently shown broad public support for paid family leave, including large percentages of family-friendly conservatives. Whatever may be needed down the road to improve what is feasible to pass today, passing something today is both politically and practically the right course.

Now we’ll see once again whether Colorado can have nice things.