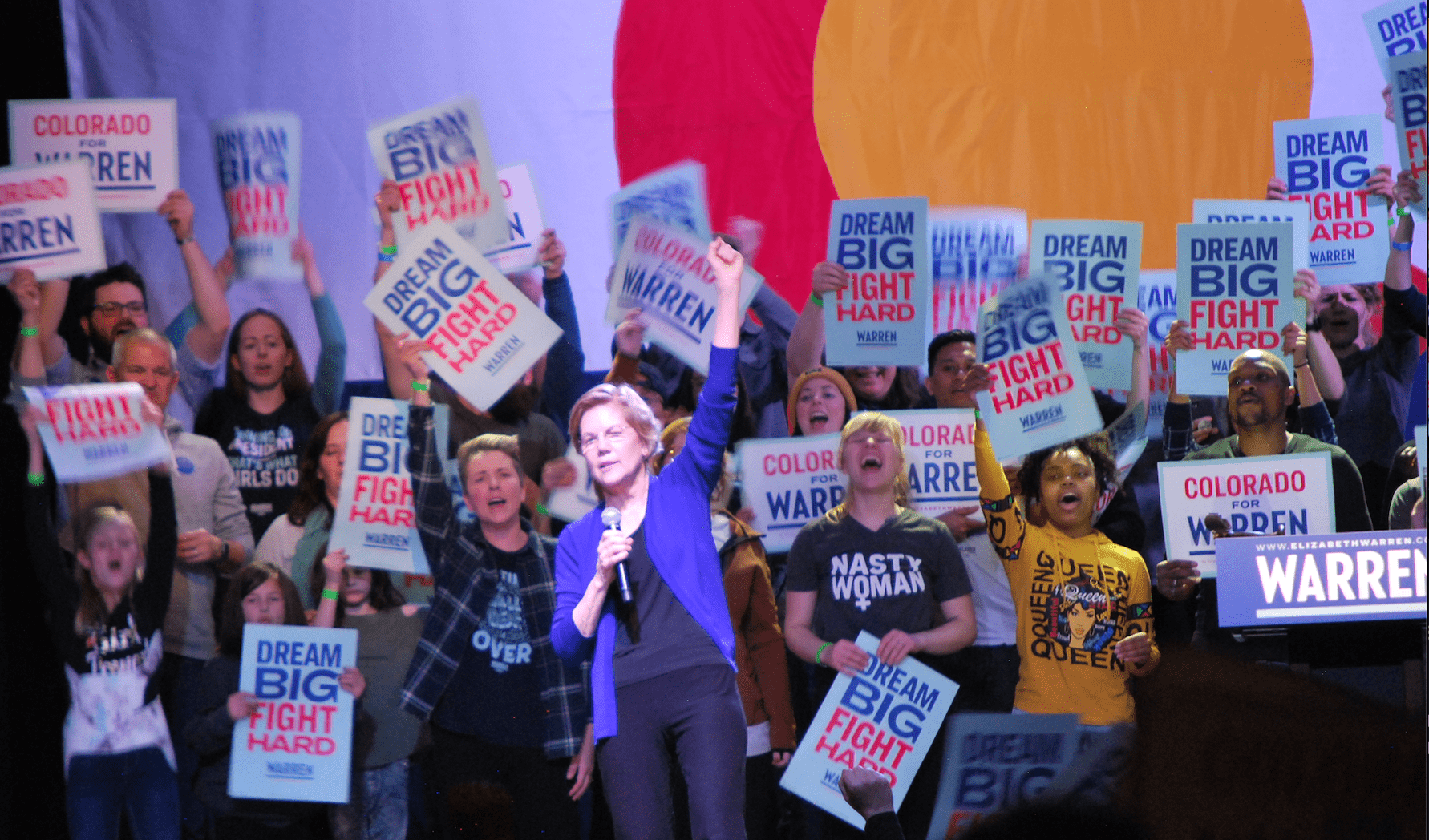 The rally began with a preemptive apology: Sen. Elizabeth Warren (D-MA) wouldn’t have time to do her customary post-rally selfie session; she had to rush to catch a plane to South Carolina ahead of next week’s primary.

If the nearly 4,000 enthusiastic fans at Denver’s Fillmore Auditorium were disappointed, they didn’t show it, instead cheering at the long-shot prospect of their candidate winning her first state primary. 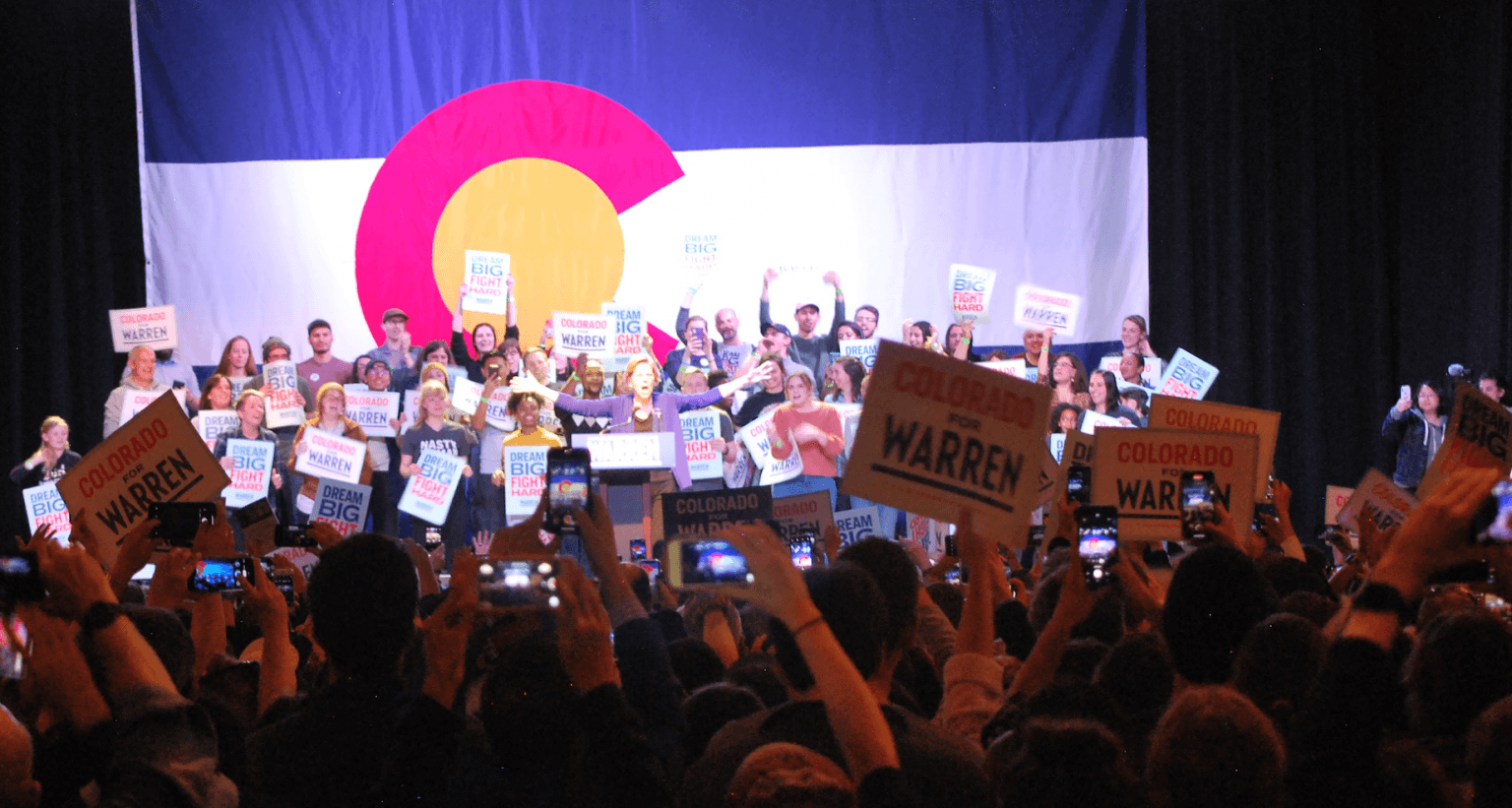 Warren actually started the event outside the venue, talking to the overflow crowd of a few hundred who weren’t able to get inside.

While she was speaking to the folks outside, Colorado state Senators Kerry Donovan (D-Vail) and Julie Gonzales (D-Denver) warmed up the crowd in the auditorium by sharing their reasons for backing Warren’s campaign.

Warren joined Gonzales onstage to thunderous applause and the cheerful melody of Dolly Parton’s “9 to 5.”

Her speech covered familiar terrain, arguing for “big, structural change” as the only practical solution to major policy challenges such as healthcare and immigration.

Addressing the primary itself, she took a few moments to revisit her successful Nevada debate, concentrating her most direct attacks on Mike Bloomberg. She also used a policy point–her desire to end the Senate’s filibuster–as a means of distinguishing herself from frontrunner Bernie Sanders, who says he “isn’t crazy about getting rid of it.”

Warren also answered several questions from the audience, from people apparently chosen at random via their ticket numbers. Asked how she would convince moderate Democrats to support her ambitious Medicare For All position, Warren said she’d first focus on what would be in her power as president.

“I start by figuring out what we need,” Warren told the crowd. “I want to get as much help to as many people as fast as we can. Starting on day one, I will do things a president–and I love saying this–can do all by herself.”

Another questioner essentially praised democratic socialism and asked Warren to do the same. She passed.

“I’m not a democratic socialist,” Warren said. “I believe in markets. Now there are areas where markets don’t work–education, healthcare–and we decide we’re going to manage those differently and I’m all in. But the importance of staying focused on markets is it reminds us to stay focused on rules in markets. Markets without rules are theft.”

In a brief conversation with press immediately following the rally, Warren again targeted Bloomberg, calling him the “riskiest candidate” to challenge Trump, while characterizing herself as the “least risky candidate.”

She refused to offer an opinion on Sanders, but said it was clear that the Democratic party wants to nominate a progressive and pointed to herself as embodying progressive values and having a track record of “getting things done.”