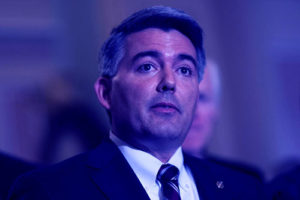 It appears that folks around the country are starting to understand that Colorado has moved from a purplish-color to a more robust shade of blue.

Over at Larry Sabato’s Crystal Ball, Colorado’s 2020 U.S. Senate race has been changed from Toss-Up to Leans Democratic:

The likely Democratic nominee, Hickenlooper, is not a perfect candidate, but he is a proven one, having won the state’s governorship in the difficult Democratic years of 2010 and 2014. He is hardly a favorite of the left, but that’s probably an asset in a general election environment. Republicans have been trying to criticize Hickenlooper over whether it was appropriate for him to accept free air travel while he was governor. Gardner’s path to victory likely involves Trump getting at least a little bit closer in Colorado than he did in 2016 and outwitting Hickenlooper on the trail. This reelection path for Gardner isn’t impossible, but he needs some things to break his way in order to retain his seat. Hence, it makes more sense to look at Gardner as an underdog. [Pols emphasis]

This analysis fits well with what we’ve been seeing over the past couple of years. Gardner’s poll numbers have been consistently terrible, and his decision to glue himself firmly to President Trump’s derriere on impeachment was not well-received in Colorado. And as you can see from the map below, voters in Colorado have steadily moved toward the left since Gardner was elected to the Senate by a slim margin in 2014. 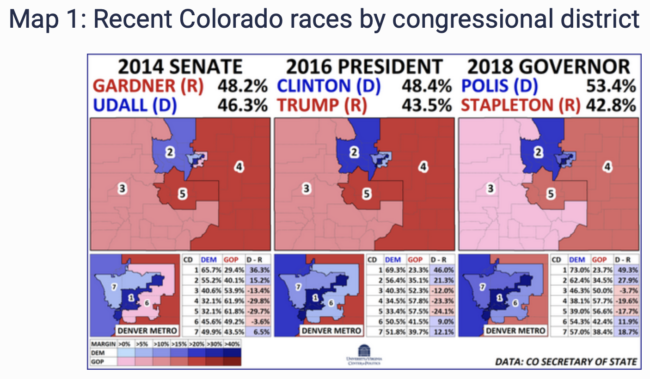