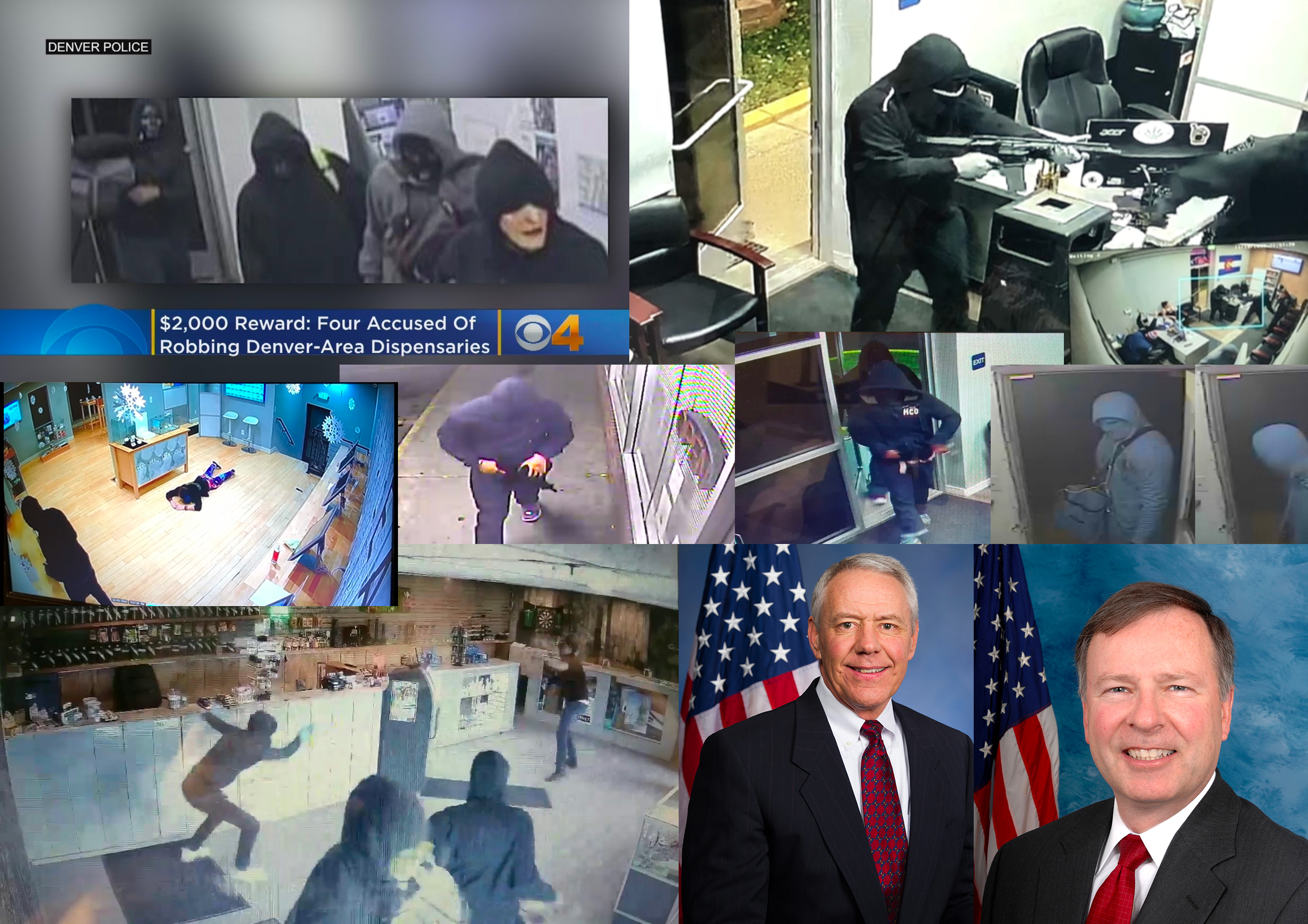 As Westword’s Thomas Mitchell reports, two Republican members of Congress from Colorado, Reps. Ken Buck and Doug Lamborn, have signed on to a letter to the chairman of the Senate Banking Committee Sen. Mike Crapo, asking Senate Republicans to reject the SAFE Banking Act, legislation which would allow banking institutions to serve the presently cash only multibillion-dollar retail marijuana industry:

Two Colorado members of the U.S. House of Representatives, along with ten other members of the House, have once again announced their opposition to federal banking reform for state-legal marijuana businesses. But since they’ve already cast their votes on the matter in the House, they’re looking to the Senate for help.

Less than a month after a group of representatives led by Congressman Ed Perlmutter, a Democrat from Colorado, sent a letter to Senate Banking Committee chairman Mike Crapo, urging him to advance Perlmutter’s successful House legislation that would protect banks serving marijuana businesses, another group of House members sent Crapo a letter with a starkly different stance on the bill, the SAFE Banking Act…

“The SAFE Banking Act jeopardizes public safety by legitimizing banking access for a Schedule I drug. It is important that we continue to tread lightly and consider public health concerns that surround the marijuana industry,” Buck says. “That’s why I opposed the SAFE Banking Act when it came to a vote in the House of Representatives and urge Senator Crapo to weigh these concerns when considering this legislation in the Senate.”

From the letter signed by Buck and Lamborn:

We write as Republican Members of Congress who voted against the SAFE Banking Act in the House of Representatives. Thank you for introducing a public health perspective to the question of banking for marijuana enterprises, including recreational stores that are advertising products that are appealing to children. We understand you have received significant pushback from these businesses for raising public health questions related to their business practices, and we urge you to stand strong…

We thank you again for your examination and consideration of these important public health topics. We remain opposed to liberalizing drug laws (including around banking), and we see these as some of our areas of greatest concern. We must protect our youth by preventing investment into companies that would prey upon them.

It’s important to understand that Buck and Lamborn’s objection to the SAFE Banking Act are not based in an easily-resolved technicality, but rather wholesale opposition to the legalization of marijuana. Even though they both represent a state that was the vanguard of legalization back in 2012, and has been joined by ten other states including major population centers like California and Illinois with more on the way, Buck and Lamborn refuse to allow the businesses raking in billions of dollars every year to use banking services every other legal business takes for granted.

For the cannabis industry in Colorado, the results have been needlessly tragic. Forced to operate as cash-only businesses, marijuana shops in Colorado have become lucrative targets for armed robberies–including in Aurora in 2016 in which a security guard for the dispensary was murdered execution-style. Dispensary owners have been forced to invest heavily in security and safe handling of large amounts of cash as a result.

With all of this in mind, it’s fair to ask the majority of Colorado voters who voted to legalize marijuana in 2012–what’s the bigger public safety risk here? Legal marijuana, or criminals targeting businesses forced to operate on cash? What public safety benefit is there in making an already legal industry needlessly dangerous? And where the hell is Sen. Cory Gardner, supposed best GOP friend of Colorado’s weed business? Once again, Gardner’s lip service to supporting the industry is being undercut by his fellow Republicans.

Politically, this is the sort of thing one can only get away with while holding a very safe seat–not just a safe Republican seat. It’s hard to imagine a position more opposed to the interests of the state Buck and Lamborn represent, actually supporting a status quo that invites crime against law-abiding Coloradans. Two out of three of Colorado’s GOP members of Congress were under no real pressure to sign a letter only ten other members from across the country were willing to put their name on.

It is not a principled stand. It is a slap in the face to the folks at home.