The Time is Now to Protect the North Fork

The writing was on the wall, and so it is likely not a surprise to many of us in the North Fork Valley. Still, it was a disappointment when the current administration in Washington DC ripped up a decade of community involvement and local input to dictate an entirely new management regime for western Colorado.

The Jumbo Mountain area – a favorite hiking and biking spot at the edge of Paonia – would be opened to oil and gas leasing under the Trump-BLM plan.

It’s newly revised Uncompahgre Field Office Resource Management Plan is expected to be put in force any day now. The Trump plan would throw open Bureau of Land Management lands – more than one-half a million acres of public lands from Telluride to the Utah line, Montrose and Delta and up into the North Fork Valley – to a massive expansion of fossil fuel fracking and mining.

To get to this predetermined outcome–the dominance of energy development over other uses and values of our national public lands–the Trump-BLM even ignored most of the input from Colorado’s Governor, Jared Polis, in his congressionally-mandated Consistency Review. Apparently this too is now little more than another hoop to jump through on the way to steam-rolling its agenda.

There is obvious irony. BLM just moved its ‘national headquarters’ to Grand Junction to be closer to the western communities near where much of the nation’s public lands are located.

“I commend the Department of Interior for relocating the Agency closer to the people it serves and the public lands it manages. Government is best when it is closer and more accountable to the American people, and relocating the directorate of the BLM to Western Colorado will ensure our public lands are protected for many future generations to enjoy.”  U.S. Senator Cory Gardner (R – Colorado) 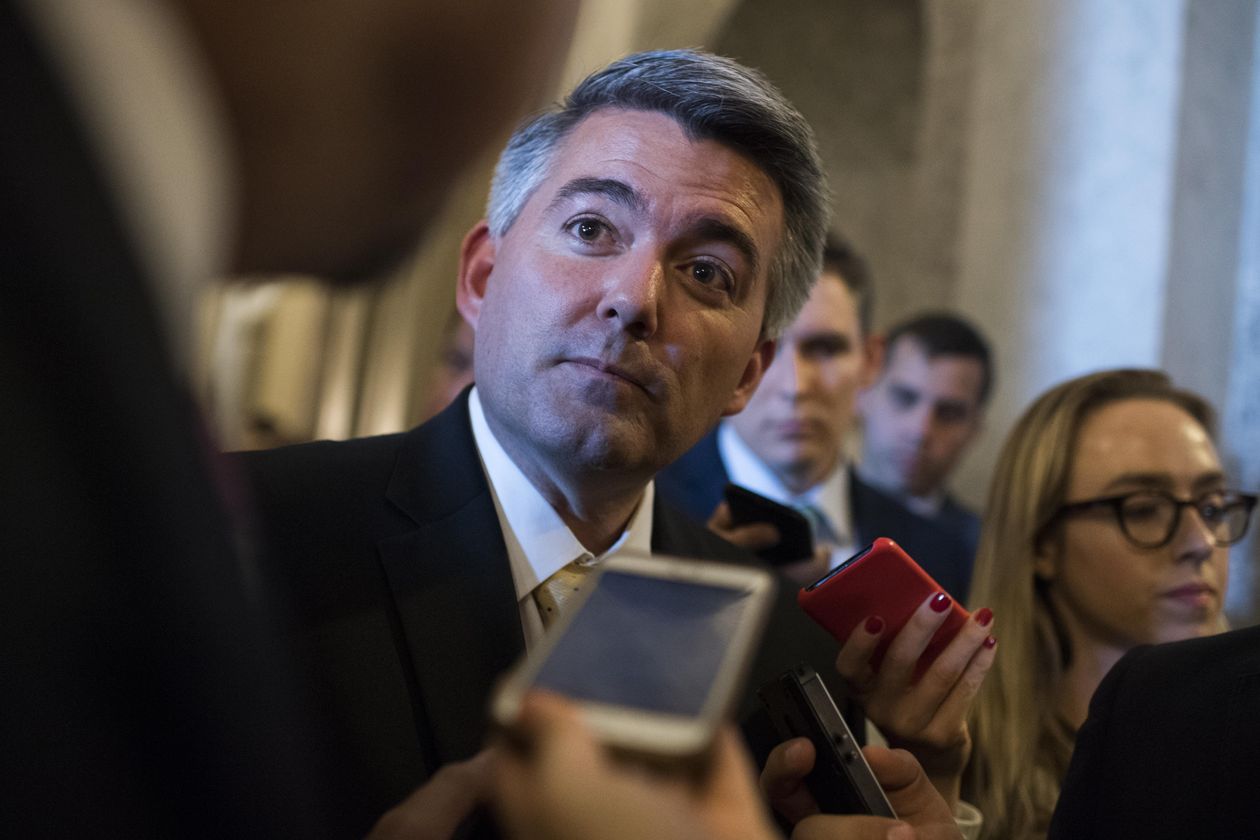 Sen. Cory Gardner talks to media, an increasingly rare occurrence. In the North Fork farmers and ranchers concerned about expanding oil and gas development in their water supplies cannot be certain Colorado’s junior senator has their back.

But rather than a better conduit for public engagement, we see that the intent is really the opposite: To gut public and congressional oversight and to act as Roman Governor coming to subdue the locals. And to make sure its field staff doesn’t “go native.”

Recently the farms, ranches, and residents in the North Fork learned that the Trump-Forest Service and Trump-BLM were approving the long-challenged North Fork Mancos Master Development Plan.

This despite that this scheme would use massive amounts of water – a far more precious resource in the minds of Coloradans here than fracked gas, which is glutted so producers dream of shipping it off to China, because there is literally no market for it here.

Large tracts of roadless National Forests – prized American public lands – are in the Trump administration’s cross-hairs in the North Fork.

Prime wildlife habitat is in the crosshairs of the current Mancos shale development plan to drill multiple new wells from new and existing pads. Streams in the area shelter native trout and migration routes stitch together some of Colorado’s most important backcountry: from the West Elks and Maroon Bells wildernesses to Thompson Divide and Grand Mesa.

To hunt elk here is, for many,a once-in-a-lifetime event. Others come back generation after generation to get their Colorado bull. But with the NFMMDP– an ugly acronym for an uglier project–Trump’s Forest Service is green-lighting this reckless use of public lands and prime habitat and hunting.

With the expected release soon of the Record of Decision, which is what will implement the revised management plan for much of western Colorado – Trump’s Department of Interior, under West Sloper-cum-DC-lobbyist David Bernhardt, will throw open 95% of the area’s public lands to oil and gas leasing and expand public lands open to uranium and coal-mining across large portions of the region.

In 2013, after nearly two years, a collaboration of community leaders in the North Fork developed a locally-derived plan for managing the public lands in and around the valley. The North Fork Alternative Plan, and the alternative that the BLM put into its draft Environmental Impact Statement based on it ,would have closed most of the valley to additional oil and gas leasing and put tight restrictions on any other that might occur. This community-based plan prioritized protecting water supplies, farm and agricultural lands, recreational areas, and wildlife habitat. 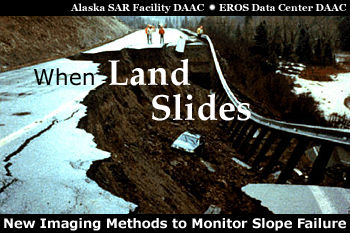 For anyone who has driven over McClure Pass – the only major route into the valley from the east, the geologic hazards that plague the the area are well-known. Rockfall and slope failures are common. The highway is always under repair, if it is not closed altogether.

This state highway bisects what is literally some of Colorado’s most unstable geology, and the site of some of the largest landslides in history. It is the same terrain that recently led to a massive slope failure that killed people above the Town of Collbran.

The North Fork Plan would have included tight safeguards and site prohibitions to protect the public from the many, deadly geologic hazards in the areas, including to protect coal-miner safety underground.

These sensible provisions, and even the weaker ones based on the same community and expert input, which the BLM had developed locally in its draft ‘preferred’ management direction, were abandoned and removed by the Trump-BLM. 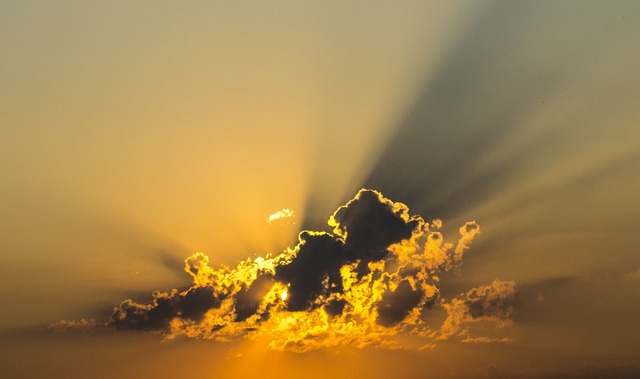 The National Environmental Policy Act is a “sunshine law” that the Trump administration’s misnamed Council of Environmental Quality is now working to gut. If it is successful, these changes would obscure what public agencies are up to, from the public.

This coming Tuesday in Denver, Trump’s Council on Environmental Quality (which is not about that at all) will hold one of only two hearings nationwide aimed at eviscerating one of America’s bedrock environmental laws.

The National Environmental Policy Act – or “NEPA” – was passed with bipartisan support and signed by Richard M Nixon in 1970.

NEPA has two core provisions. It is a “government in sunshine” law mandating public involvement at crucial steps and stages as a project that affects federal resources is planned and implemented.

NEPA also requires that an agency proposing an action that might have significant environmental (or social) impacts to analyze what that project means, along with various project alternatives, in order to compare and contrast impacts across a “range of alternatives.”  This comparison of alternatives is the “heart of the NEPA” and court’s have found–over and over again–that both it and the law’s core public engagement provisions are, in fact, required by the law. Which just means more lawsuits are coming to challenge the proposed Trump revisions.

Afterall, it is NEPA that allows public input into things like the Forest Service or BLM’s land use planning, as well as specific projects, and to provide information like a community-based management vision.

But now the Trump-BLM is also attacking agency regulations that require that such resource planning be done in accordance with NEPA, with a full Environmental Impact Statement, with robust public involvement, and with the identification of alternatives. Instead it would allow decisions to be made without clear abilities for citizens to challenge decisions public officials are making about public resources on public lands.

The North Fork is unified in the need to protect our lands and water from ill-advised oil and gas development. Although we tried collaborating with the BLM, we are used to fighting back when we need to. And we intend to win.

The Trump administration is coming for the North Fork. And for all of America’s public lands. And their’s is a single-minded purpose.

But to get there it must eliminate the biggest impediment to its one-sided designs on our national public lands: the American public. We cannot let that happen.

If Coloradans care about our public lands they must stand up to this regime now. For the North Fork, the recent onslaught, the clear meddling from Washington DC over-ruling years of community and expert input, is a call to the farmers, ranchers, and residents here — to get busy sharpening our metaphorical pitchforks.

We fought it off before, we’ve been fighting it off since, and we’ll fight it off again. We welcome allies, so join us. Now is the time to protect the North Fork.