Finally Time To Hang Up And Drive, Colorado? 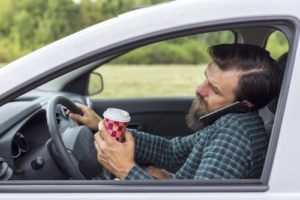 Colorado may soon follow 20 other states in prohibiting hand-held phone use while driving.

The proposed legislation would make it illegal for adults to use a mobile device while driving, except through the use of hands-free equipment. It also would bar drivers under 18 years old from using any mobile devices. Colorado already bans texting while driving.

“It’s a pretty common-sense measure to make our roads safer,” said Rep. Dylan Roberts, who is sponsoring the bill. He said his constituents want legislators to act on this issue to cut down on crashes.

This is by our count at least the fourth time that legislation to outlaw use of a handheld cell phone while driving. In previous years, a combination of efficacy and civil liberties concerns pulled together a majority to defeat the bill. Supporters argue that the near-ubiquity of built-in speakerphone technology in cars built in the past few years makes it easier than ever for drivers to comply–an argument met with rightful concern about the impact of the law on less affluent drivers with older cars.

What say you, gentle readers? Is it time to hang up and drive, or do you have a sacred right to multitask?

Don’t worry, your answer will not be reported to your insurance company.