James Carville Knows Something You Don’t* 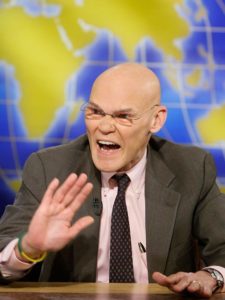 Veteran Democratic strategist James Carville has formally endorsed Sen. Michael Bennet’s (D) long-shot presidential campaign, saying he thinks that the Colorado senator is the best candidate to face President Trump due to what he calls stark differences between the two men.

“The best way to beat Donald Trump is to show you’re not him in any way, shape or form,” Carville said in a statement released by the Bennet campaign Monday…

Carville predicted that Bennet will “surprise people,” specifically predicting the senator will do well in the New Hampshire primary next month.

“I think Sen. Bennet is uniquely suited for New Hampshire,” Carville said. “It’s a historical fact that people like him do well there.”

* Legendary Democratic strategy man James Carville knows a lot of things that other people don’t. As for when or where Carville proves accurate in the long run, of course, nobody who has been in politics as long as he has can claim a 100% perfect prognostication record. While most of the political class in America has written off Sen. Michael Bennet’s resolute but persistently second-tier presidential campaign, Bennet has vowed to stay in the race in hopes of achieving exactly what Carville is forecasting–a surprisingly strong showing in the New Hampshire primary that rockets Bennet back from the nether reaches of the pack.

In that event, James Carville will be here to say he told you so.