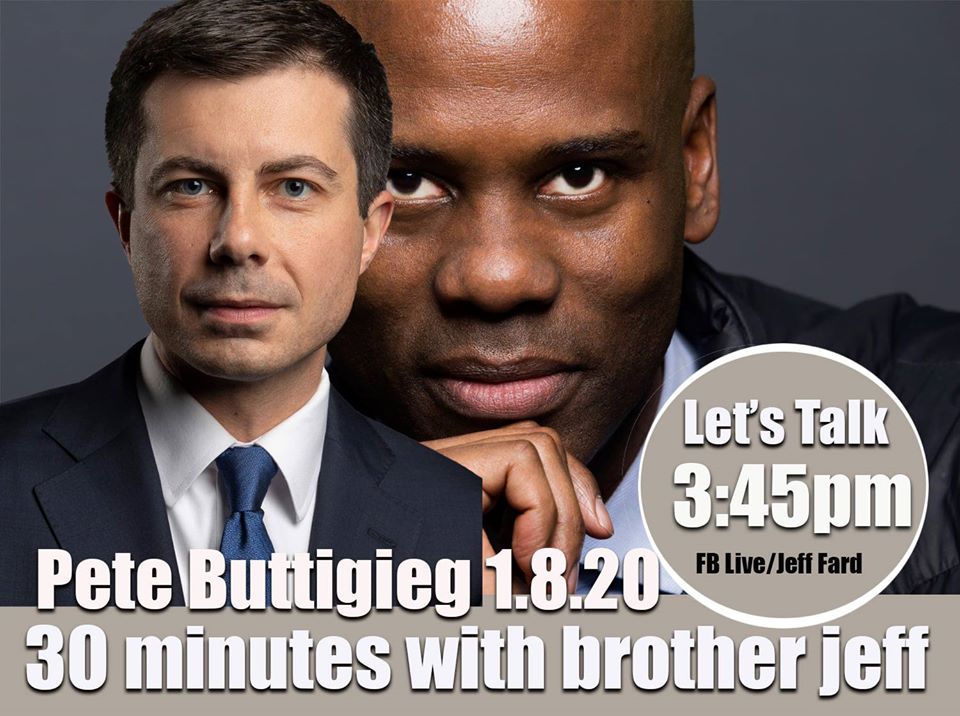 Mayor Pete Buttigieg of South Bend, Indiana, who most readers know better as the electrifying young Democratic presidential candidate currently posting unexpectedly strong poll numbers in early primary states, is in Denver today for a pair of fundraising events–but you can catch him gratis this afternoon on Facebook Live for an informal interview with local community organizer Jeff Fard.

Buttigieg’s rise in the polls in New Hampshire and Iowa has been offset by a persistent deficiency in support from voters of color, and Buttigieg has been working hard in recent weeks to win over this crucial Democratic primary voting bloc–or if not win them over as a first choice, at least ingratiate himself enough to pull together a majority coalition in the event Buttigieg’s early strength proves more than a flash in the proverbial pan.

It should be noted also that the somewhat imposing image above is a standard for Fard’s podcast guests, not designed by Buttigieg’s campaign. That may or may not prevent it from becoming a bit of, you know, a meme.