UPDATE #2: It ain’t over until it’s over, and it may never be over.

President Trump is backing the lawsuit to throw out the ACA, which is now unlikely to be decided by November 2020. So this election may once again be a referendum on the future of the ACA.

But the Supreme Court isn’t normally in the habit of reviewing cases that aren’t yet final. Interlocutory appeals are generally (though not universally) discouraged. 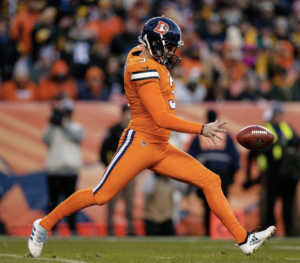 We finally have a ruling from the 5th Circuit Court of Appeals on the constitutionality of the Affordable Care Act (ACA). Well, part of a ruling, anyway.

A federal appeals court on Wednesday ruled that the Affordable Care Act’s individual mandate provision was unconstitutional but punted on deciding whether the rest of the landmark health-care law should be tossed out.

The court is ordering a lower court judge to reconsider whether ACA, more commonly known as Obamacare, should remain intact.

“The individual mandate is unconstitutional because it can no longer be read as a tax, and there is no other constitutional provision that justifies this exercise of congressional power,” the ruling stated. “On the severability question, we remand to the district court to provide additional analysis of the provisions of the ACA as they currently exist.”

Texas and other Republican-led states brought the suit, which was defended by Democratic-led states and the House of Representatives. The court heard arguments in July.

The suit alleged that the Affordable Care Act’s individual mandate was unlawful under the federal government’s taxing powers after Congress reduced the penalty for not having insurance to $0 in 2017. Texas argued that therefore the ACA, more commonly known as Obamacare, must be scrapped.

We’re still waiting for more analysis on this mixed bag of a ruling, but at first glance it seems accurate to call the decision a “punt” by the 5th circuit. This certainly isn’t a positive decision for supporters of the ACA, but it’s far from the catastrophic ruling that some had feared; there was plenty of speculation that the ACA could be ruled unconstitutional altogether.

Today’s ruling likely means that a Supreme Court decision on the constitutionality of the ACA won’t arrive before the 2020 election. In the meantime, you’ll have to busy yourself with Googling the definition of “severability.”