UPDATE #3: Amber Phillips of The Washington Post has the same takeaway from today’s hearing:

Gordon Sondland has been considered a figure who could crack the impeachment inquiry wide open. Not just because he was the witness directly talking to President Trump about Ukraine but also because of who he is: a Republican and Trump donor, a high-profile ambassador unanimously confirmed by the Republican Senate.

And despite his background as a Trump ally — the president last month called him “a very good guy and a great American” — in his opening statement Wednesday, Sondland stepped on nearly all of Republicans’ primary defenses for the president. 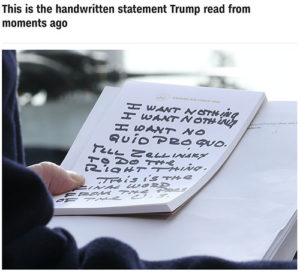 This is not a joke.

Ambassador to the EU Gordon Sondland is testifying publicly today in the impeachment hearings against President Trump, and he’s slamming the door shut on Trump’s defense. Read all about it at The Washington Post, The New York Times, CNN, NBC News, Politico… 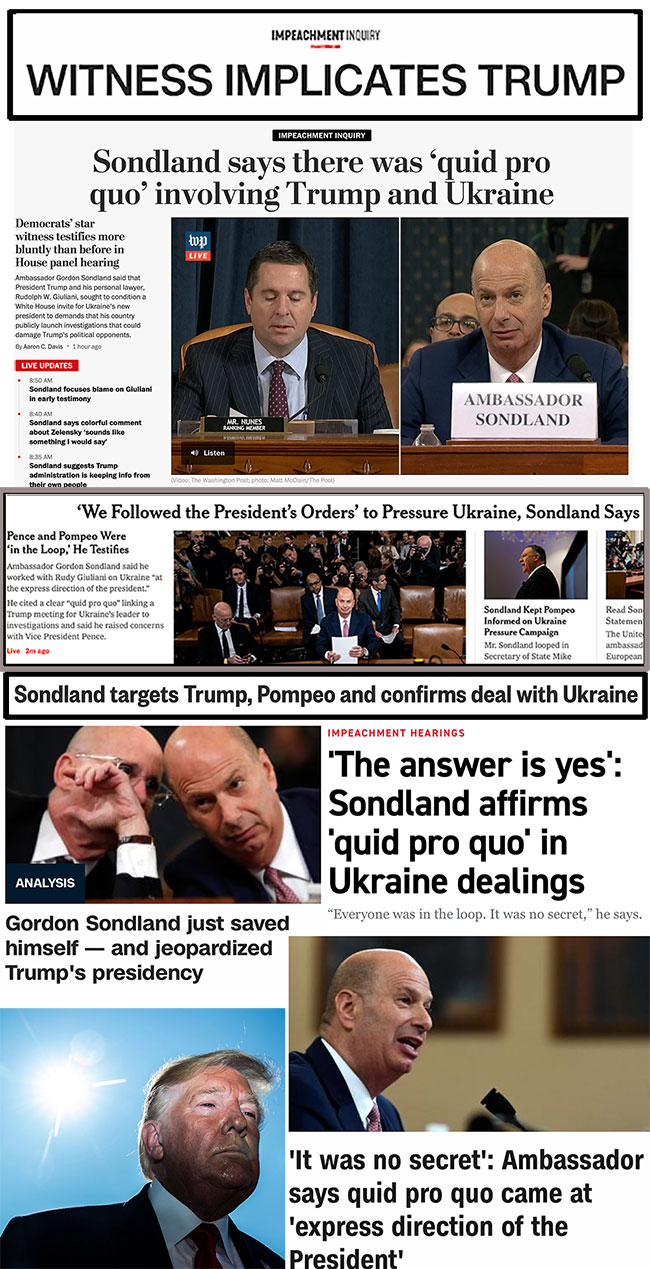