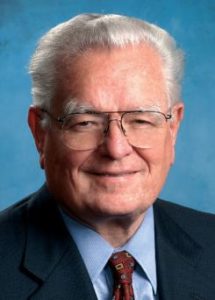 With a ballot measure allowing Colorado to use already-collected TABOR taxes for roads and schools expected to be close, five Democratic Colorado governors have joined together in calling on citizens to vote ‘yes’ and get their ballots submitted by mail or at drop-off locations by next Tuesday, Nov. 5.

“Our schools and infrastructure are not keeping up with our growing economy and population,” said Polis. “Proposition CC will reduce congestion and improve our schools. The amazing thing is that we can do it without raising taxes.”

Funds from Prop CC are earmarked for roads and schools, including community colleges and trade schools.

“I’m voting for Prop CC because our teachers are undervalued and deserve more resources, and our roads and bridges are in need of repair,” said Hickenlooper. “Prop CC will help us address both of those critical issues by making needed investments in Colorado’s priorities, without raising taxes.”

Colorado’s only living Republican Governor, Bill Owens, is against Prop. CC, saying this is not the type of short-term budget fix that he’s supported in the past.

But the Democratic governors say the measure is needed as an investment in the state.

“Coloradans treasure our way of life — our identity is tied to this place we live and love,” said Ritter. “But we need to do what almost every public and private sector leader has told us: we need to invest to keep it. The best part? We can do it with no new taxes, with unprecedented transparency and accountability. Let’s vote to uphold our values and grow Colorado responsibly.”

Opponents say Prop CC amounts to a tax increase because Colorado will keep TABOR refunds that would otherwise have been returned to taxpayers, while proponents point out that the measure doesn’t raise tax rates or result in anyone paying more taxes.

During the past 14 years, taxpayers received just one refund under TABOR rules, in 2015. The checks ranged from $13 to $41. This year, the refund is estimated to be around $60.

Romer believes the TABOR rules, which mandate the refunds, are hurting Colorado.

“TABOR’s 30-year-old formula for growth has shackled Colorado’s investments, leading to some of the most underfunded roads, bridges and schools in the country,” said Romer. “It’s time to unleash Colorado and move into the 21st-century by investing in things Coloradans have been demanding for decades.”

“With one vote on this commonsense measure we can untangle our broken tax code and start fixing things, with a 3rd party independent monitor to track where every dollar goes. Vote Yes on Prop CC before November 5th!” said Lamm.