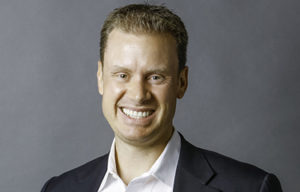 With a campaign kickoff video touting his family’s attainment of the American dream, the former CEO of Seattle Fish Co. announced Thursday that he is running for Congress in Colorado’s expansive 3rd District.

“While working on loading docks and driving trucks, I learned that upward mobility for workers is key to a whole community’s success,” said James Iacino, a grandson of the century-old Colorado company’s founder.

Here’s more from SeafoodSource.com, mostly because we can’t pass up an opportunity to cite a Seafood news website as a resource for something political:

Seattle Fish Company is a major seafood distributor in the Rocky Mountain region of the U.S.. The company, founded in 1918 in Denver, Colorado, has 170 employees and counts more than 1,400 restaurants and retailers as customers.

As a candidate, Iacino said he will campaign on a platform of advocating for economic mobility, environmental conservation and sustainability initiatives, and the importance of social justice.

Iacino is not a well-known name in Colorado politics, but he has both the local roots and the personal wealth to be a very interesting candidate in CO-3. Iacino slots into The Big Line just below 2018 candidate Diane Mitsch Bush and well ahead of State Rep. Don Valdez (you can stick a fork in Valdez’s candidacy after a miserable $25k third quarter fundraising period).

Incumbent Rep. Scott Tipton (R-Cortez) is still the presumptive favorite here because of the general conservative makeup of the district, but his ties to President Trump — Tipton is a co-chair of Trump’s Colorado re-election campaign — could come back to bite him.