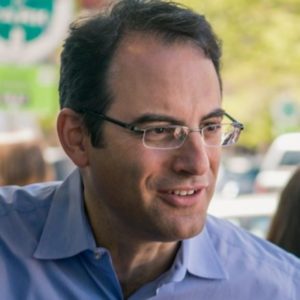 State Attorney General Phil Weiser told gun control advocates Tuesday that despite some sheriffs threatening not to enforce the state’s new “red flag” law, he believes they will rethink that decision when faced with the realities of an armed and potentially dangerous person.

“It won’t be an abstraction,” Weiser said, during a panel of lawmakers hosted by Colorado Ceasefire and Colorado Faith Communities United to End Gun Violence. “It’s ‘my daughter Susie is thinking about taking her life, and she has procured weapons, can we do something my sheriff?’ And at that point, it’s not rhetoric, it’s human life.”

…Some sheriffs have said they will not enforce it and a number of county commissions have passed resolutions to prevent local law enforcement from carrying out ERPOs.

“Almost all those ordinances say the following, ‘we don’t want our sheriff in our county to implement an unconstitutional gun law’ to which I have always said in those counties, ‘I don’t either,’” Weiser said. “And the extreme risk protection law is constitutional and will be upheld.”

It’s a point we’ve made previously about the state’s extreme risk protection order (ERPO) law, even as county sheriffs in many cases hand-picked by the hard-right Rocky Mountain Gun Owners (RMGO) defiantly promise to never enforce the new law within their jurisdictions. What is going to happen when the first family member of a suicidal person seeks help from their county sheriff under the ERPO law and is rebuffed because the sheriff refuses to enforce the law?

No one would ever wish for a tragedy take place in order to prove a political point, but once there are demonstrable cases of lives being lost due to a sheriff’s refusal to enforce state law, something akin to legal hell is going to break loose. A sheriff who has arbitrarily decided not to enforce this law, with the result of a person who could have been saved dying, must reckon with the legal and moral aftermath of that decision–and it won’t be nearly as easy to bluster on about the Second Amendment to the families of the dead.

This is part of the reason why, even though he staunchly opposed the new “red flag” law in Colorado, El Paso County Sheriff Bill Elder condemned the idea that “a Sheriff, a Chief of Police, a Mayor, or ANY elected person [can] decide if a law is ‘constitutional’ or not.”

For his part, AG Weiser yesterday threatened county sheriffs who refuse to enforce a lawful ERPO from a judge with contempt of court proceedings, and vowed to defend judges against sheriff’s appeals. Beyond that, if it can be proven that a sheriff was “willful and wanton” in their refusal to enforce the law, demonstrating a “conscious disregard for the safety of others,” they could face personal liability for the outcome despite the state’s public employee immunity law.

For now, it’s a hypothetical discussion.

Very soon, unfortunately, it will not be hypothetical. And the wild rhetoric against this law will not age well.