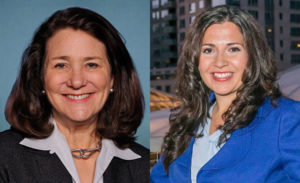 Politics is often compared to chess, and for good reason. A successful political campaign requires sound strategy and foresight to cut off your opponent at the most opportune moments.

This analogy is particularly apt in light of a notable endorsement today in the Democratic Primary race for CO-1. Incumbent Rep. Diana DeGette (D-Denver) picked up the endorsement of the United Food and Commercial Workers (UFCW), one of the largest labor unions in Colorado. From a press release:

“United Food and Commercial Workers Local 7 is proud to announce our Endorsement of Diana DeGette, a proven workers champion for another term. Diana shares our core values through her advocacy for affordable and quality healthcare, gender equity, raising the minimum wage and workers’ rights. Colorado needs her continued strong leadership in Congress to fight for workers and to ensure Labor has a voice.” – UFCW Local 7 President Kim Cordova…

The significance of this endorsement will be obvious to longtime political observers. It was nearly 10 years ago to the day that Ernie Duran, Jr. — UFCW’s longest-standing President — was voted out of office after charges of nepotism. As the Denver Post reported on September 22, 2009:

During the contentious battle over the “right to work” ballot measure last year, reports surfaced about nepotism within the union under Duran’s leadership.

“The nepotism was a big issue with the workers — Ernie hiring his family and putting them into high-paid positions,” Cordova said.

Duran’s daughter is Crisanta Duran, who picked up the job as UFCW’s staff attorney not long after she graduated from law school. Duran would later earn a seat in the State House of Representatives, where she served as the first Latina Speaker of the House in Colorado (2017-19). Earlier this year Duran announced that she was mounting a Primary challenge against DeGette, the longest-serving member of Colorado’s Congressional delegation.

Duran kicked off her CO-1 campaign with much fanfare but has failed to gain any momentum against DeGette; Duran has posted a couple of miserable fundraising quarters and lost out on the endorsement of the Congressional Hispanic Caucus, which backed DeGette in July.

Given the controversy that surrounded the elder Duran’s departure from UFCW, it was probably unlikely that Crisanta Duran was ever going to earn the support of the grocery workers’ union — but it’s not insignificant that the UFCW decided to publicly back DeGette. In every political campaign, some endorsements mean more than others. For Denver politicos — the sort of voters that DeGette and Duran will be fighting over next spring — this is one of those endorsements.