Outrage Fatigue: Get a Grip, Cattlemen 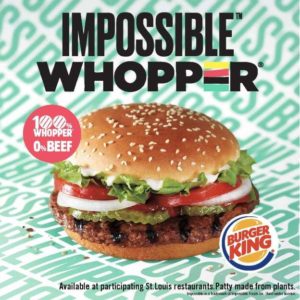 The latest threat to liberty.

Gov. Jared Polis has rattled some farmers and ranchers with his suggestion that Colorado help its agriculture industry get a foothold in the burgeoning plant-based meat alternative market.

Beef is big business in Colorado. It’s the state’s largest export, totaling nearly $4 billion. So the mere idea that the state could put resources toward the competition has upset industry leaders. What’s more, it’s not a practical idea, some experts say…

“What we can’t and shouldn’t change is that Colorado is a very unique place for beef production,” said Terry R. Fankhauser, vice president of the Colorado Cattlemen’s Association. “To have a governor make any sort of reference that we shouldn’t embrace and support that is problematic.”

2019 has been the year in which Colorado Republicans have positively thrown the kitchen sink at Democrats from Gov. Jared Polis on down, seeking to gin up outrage after Democrats triumphed in the 2018 elections leaving the GOP with its rumpiest of rump minorities since the era of Franklin Delano Roosevelt. After Gov. Polis and the Democratic majority in the legislature destroyed the oil and gas industry, taught your children to go gay, and passed a law so that anyone who doesn’t like your car’s bumper stickers can take your guns–of course Polis is coming for your beef burgers next. Of course he is!

Here in our safe space for reality, though, where we know that the oil and gas industry is doing fine, the kids are whatever they’re born to be, and the state’s new extreme risk protection order law absolutely does not target anyone over their choice of bumper stickers, when somebody says that Gov. Polis is trying to destroy the beef industry by supporting agribusiness’ pursuit of meatless protein products like the “Impossible Whopper,” we’re more than a little skeptical.

This might seem obvious to you, but it’s apparently not to the Colorado Cattlemen’s Association so we’ll review: in an era when the global consumption of beef along with food of every kind is skyrocketing and billions of new hungry people are being born, food production is not a zero-sum game. There is a market for every single juicy all-beef patty produced by Colorado cattle feedlots and for all the meatless protein made by funky genetically-engineered yeast (look it up) the world can produce too. And there will continue to be a burgeoning market for all of these products for the rest of our lives unless something very bad happens.

So do you think, maybe just once, Gov. Polis could do something completely inoffensive like promoting Colorado agriculture and not have a bunch of Republicans in cowboy hats freak out? This endless over-the-top drama gets really, really tiresome. It was tiresome six months ago.

Maybe after the recall fails things will become less silly.