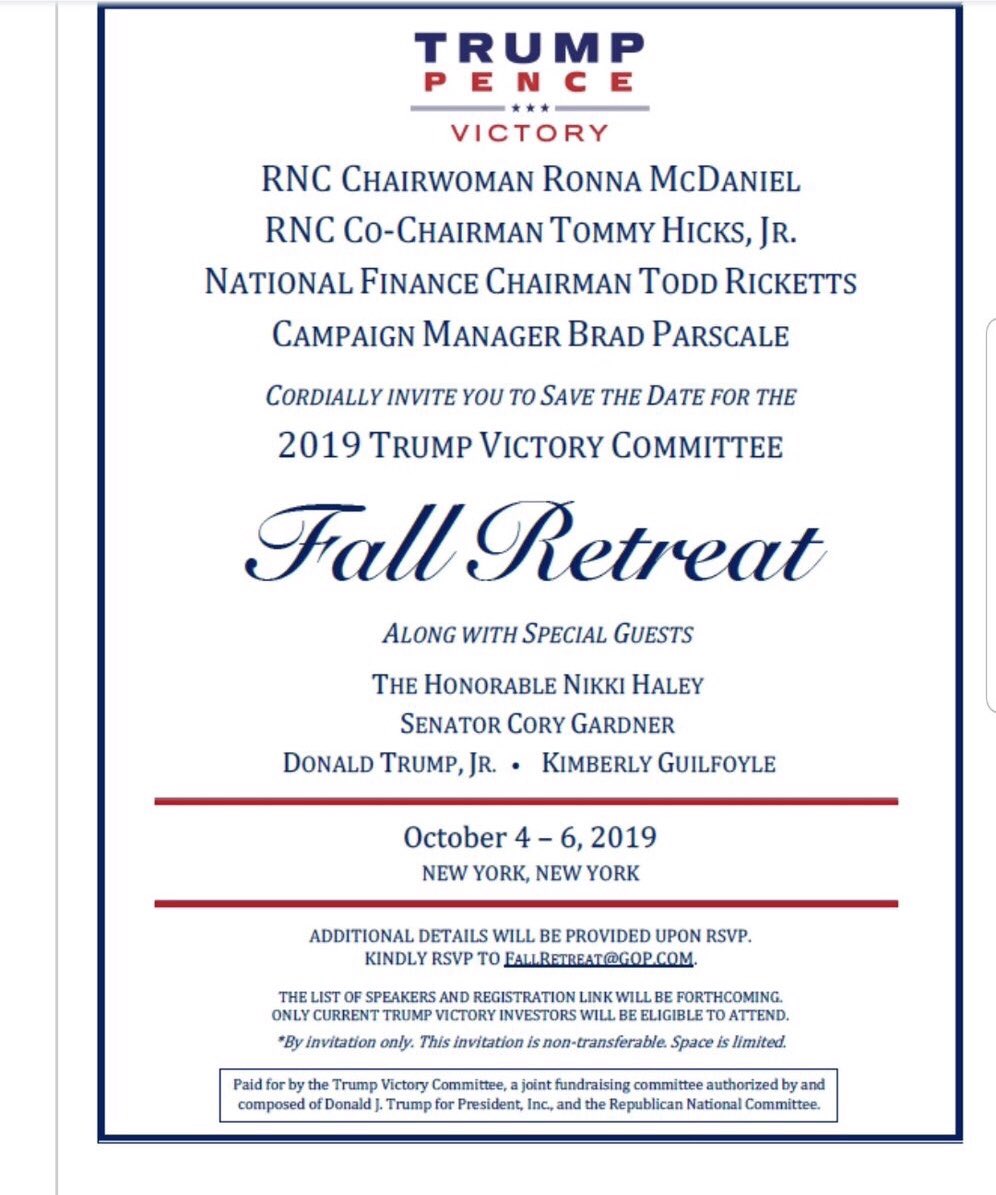 The Hill reports–Sen. Cory Gardner might not be head of the National Republican Senatorial Committee (NRSC) anymore, but he’l be getting plenty of high-profile donor face time at a Trump re-election campaign fundraiser this fall in New York City:

Former ambassador to the United Nations Nikki Haley will reportedly attend a fundraiser this fall for President Trump and Vice President Pence as a “special guest.”

Axios reported the invitation lists Haley alongside other featured guests including Donald Trump Jr., Kimberly Guilfoyle, and Sen. Cory Gardner (R-Colo.), who is up for reelection in 2020.

The fall retreat in early October is being held by the Trump Victory Committee, a joint fundraising committee of the Trump reelection campaign and the Republican National Committee.

It hasn’t been confirmed that this “retreat” will be taking place at one of President Donald Trump’s properties in New York City, though that’s been a great way for the Trump family to enjoy a kickback on such events in the past! Although Gardner’s appearance at this fundraiser isn’t likely to play well back at home in increasingly bluish Colorado, his loyalty is certain to be rewarded with more lavish praise from Trump, thus helping shore up Gardner’s shaky right flank. The Hill reports that the headlines from the event could revolve more around Nikki Haley–who just had to promise again that she’s not about to bump Vice President Mike Pence off the 2020 ticket.

Either way, Gardner and Donald Trump Jr. can swap hunting stories and avoid talking about October of 2016.