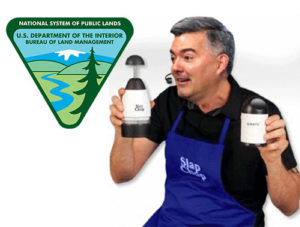 Sen. Cory Gardner (R-Yuma) has been trying hard to sell the BLM move to Colorado as anything but a decimation of the agency.

The July announcement that the Bureau of Land Management (BLM) would move its headquarters to Grand Junction while most of the jobs are relocating from Washington D.C. to Lakewood, Colo., was met with initial enthusiasm before a quick dose of reality dampened expectations significantly. Senator Cory Gardner (R-Yuma) made as big a deal out of the BLM decision as he could, shifting his talking points from the move as a boom to the Grand Junction economy (which is actually only gaining 27 jobs) to more of a philosophical change of basing public lands leadership in the part of the country where most public lands are located.

Skeptics have worried that the BLM move had a more sinister motivation: To ultimately snuff out the agency altogether. As we wrote on July 17:

The BLM’s big move is probably good news for Colorado, which will benefit from the economic impact of the relocation of 85 federal jobs. The effect on Grand Junction’s economy will be significantly less than locals had hoped, however, and it’s not at all clear whether this move is a good thing for the BLM and public lands in general…

…Conservation groups have always been skeptical about a proposed BLM move, worrying that the real motivation of such a change is to reduce the agency’s influence with top decision-makers in Washington D.C. 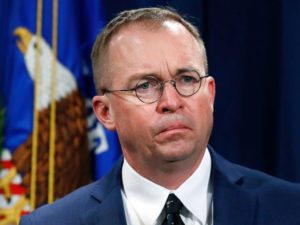 Jennifer Rokola, executive director of the Center for Western Priorities, called the move “a cynical attempt to drain the Interior Department of expertise and career leadership.” Rokala’s warning was backed up by news that a similar move of key sections of the Department of Agriculture to a new office in Kansas City was indeed part of a broader plan to gut the USDA in general. As Ben Guarino reports for the Washington Post, White House Chief of Staff Mick Mulvaney is making it clear that moving federal agencies is mostly about killing them off:

In his keynote speech at the Republican Party’s black-tie-optional Silver Elephant Gala in South Carolina on Friday, Mulvaney seemed to celebrate the attrition at the agencies. “You’ve heard about ‘drain the swamp.’ What you probably haven’t heard is what we are actually doing. I don’t know if you saw the news the other day, but the USDA just tried to move, or did move, two offices out of Washington, D.C.,” he said.

“It’s nearly impossible to fire a federal worker,” Mulvaney said. “I know that because a lot of them work for me, and I’ve tried . . . By simply saying to people, ‘You know what, we’re going to take you outside the bubble, outside the Beltway, outside this liberal haven of Washington, D.C., and move you out in the real part of the country,’ and they quit — what a wonderful way to sort of streamline government, and do what we haven’t been able to do for a long time.” [Pols emphasis]

Trump officials are planning additional shake-ups and exoduses from Washington. By 2020, more than 80 percent of the headquarters staff at the Bureau of Land Management will be moved west of the Rocky Mountains, the Interior Department told lawmakers in July. The Trump administration also wants to break up the Office of Personnel Management and split 5,500 workers among three other departments.

We made people quit their jobs! Please clap!

This was always the plan for the White House, apparently, so the only question that remains is whether or not Gardner was in on the scam from the beginning.

Well, that’s not really a question.