UPDATE: Senator Gardner pens an Op-Ed on the move for the Grand Junction Sentinel. Try not to choke on the hyperbole:

One local official compared “getting the BLM to the Western Slope” to “Amazon going to Denver.” 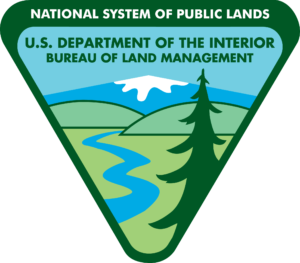 The Bureau of Land Management formally announced on Tuesday that it will move its headquarters from Washington D.C. to Grand Junction, Colorado, confirming a change that has been in discussion for several years. Senator Cory Gardner (R-Yuma) was so enthusiastic about the announcement that he was rendered incapable of commenting on any other issue, and the news produced bipartisan praise from the likes of Gov. Jared Polis and Rep. Ed Perlmutter (D-Jefferson County).

We hate to be the wet blanket at this (or any other) celebration, but some serious brake-tapping may be in order.

While the new BLM headquarters will be located in Grand Junction, most of the additional jobs coming to Colorado will be based in Lakewood. About 58 positions are expected to relocate to Lakewood from Washington D.C., with another 27 setting up shop in Grand Junction.

The BLM’s big move is probably good news for Colorado, which will benefit from the economic impact of the relocation of 85 federal jobs. The effect on Grand Junction’s economy will be significantly less than locals had hoped, however, and it’s not at all clear whether this move is a good thing for the BLM and public lands in general.

Elected officials and Chamber of Commerce types on the Western Slope have had to temper their original enthusiasm quite a bit, as this Grand Junction Sentinel editorial makes clear:

When we first contemplated the impact of this move, we imagined the entire Washington, D.C. operation — some 300 federal workers — being transplanted en masse to a campus setting somewhere in the Grand Valley.

That’s not how this is going down. The BLM is moving its top brass, 27 senior-level officials, to Grand Junction, but twice that many workers are moving to Lakewood. Other BLM employees are headed to other Western states.

A day after feeling like this was a game-changer for Grand Junction, the letdown is palpable. We’re stuck between feeling grateful that Grand Junction will be known as the BLM’s Western Headquarters and frustrated that such a distinction has been hollowed out to its barest impact. [Pols emphasis]

Conservation groups have always been skeptical about a proposed BLM move, worrying that the real motivation of such a change is to reduce the agency’s influence with top decision-makers in Washington D.C. Jennifer Rokola, executive director of the Center for Western Priorities, explained those concerns in a statement earlier this week:

“[Interior] Secretary Bernhardt is asking families to uproot their lives in a matter of months or possibly lose their jobs, all for a PR stunt. It’s yet another cynical attempt to drain the Interior Department of expertise and career leadership. Our public lands deserve an agency that is effectively coordinating with the Interior Department more broadly, and with Congress.”

Before you dismiss Rokala’s red flag, consider this story today about the impact of moving some key departments of the U.S. Department of Agriculture to Kansas City. As CNN reports:

More than half of the employees from two research agencies at the Department of Agriculture slated to relocate from the Washington area have refused reassignment to Kansas City, the department said Wednesday.

Such losses among the research employees affected by the reassignment could result in a drain of institutional knowledge and talent at two agencies that either fund agricultural research across the nation or produce crucial reports, including data on agricultural markets,10-year projections for the farm sector and estimates of US and international agricultural productivity. [Pols emphasis]

Agriculture Secretary Sonny Perdue and the department have argued that the move will lower living costs, save taxpayer dollars and move the agencies closer to “stakeholders.” But many employees at the two affected agencies — the Economic Research Service (ERS) and the National Institute of Food and Agriculture (NIFA) — view the change as politically driven and a way to disrupt climate research and other work with which their bosses disagree by pushing out experienced personnel.

At ERS, 72 researchers accepted relocation while 99 either declined or did not provide a response. At NIFA, 73 workers accepted reassignment while 151 declined or did not provide a response, according to a USDA spokesperson. These numbers, which could fluctuate, are also in line with a survey released last week by the union representing NIFA and ERS employees. Staff must report to work in Kansas City by September 30.

Relocating government offices is a trendy thing to propose in Republican circles nowadays. As a candidate for Colorado Attorney General in 2018, Republican George Brauchler often talked about his desire to decentralize the State AG’s office with regional offices around the state. Brauchler’s proposal was an interesting political move, but it made less sense from a practical perspective. Democrat Phil Weiser, who ended up winning the 2018 Attorney General race, disagreed with Brauchler’s approach by pointing to an era of increased telecommuting and the many competing interests for a shrinking pot of public money that would be needed to fund these offices.

Republican gubernatorial candidate Walker Stapleton had similar satellite thoughts during his 2018 campaign, though his general opposition to working in any office was notable in itself; Stapleton’s 11-point loss to Polis put an end to the idea of creating regional state offices.

Senator Gardner unquestionably sees the BLM move as a big political victory as he prepares for his 2020 re-election campaign, but potential land mines remain. Because the economic impact of the move is less of a big deal than originally envisioned, Gardner has been focusing his talking points on the symbolic policy importance of moving the BLM to a Western state (since most federal lands are located west of the Mississippi). We still don’t know much about the downside of moving the headquarters of a federal office to Grand Junction while most BLM employees are hundreds of miles away. There could also be issues, for example, with trying to increase the availability of flights from Grand Junction to Washington D.C. in order to accommodate travel requirements for agency leaders.

Moving the BLM headquarters is likely a net positive for Colorado. It may not be equally helpful for the rest of the country. Gardner was looking for a political home run and may instead end up with a bunt single.