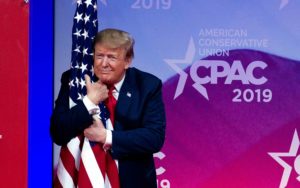 Proponents of the effort to repeal Colorado’s new law that would give Colorado’s presidential electoral votes to the winner of the popular vote submitted more than 225,000 signatures Thursday, organizers said.

Mesa County Commissioner Rose Pugliese, who is one of the organizers of the effort along with Monument Mayor Don Wilson , said the Protect Colorado’s Vote initiative submitted 227,198 signatures from voters statewide to the secretary of state’s office for review.

The proponents need 125,000 of those signatures to be deemed valid for the referendum to be put on the 2020 ballot. Aug. 1 was the submission deadline.

Opponents of Colorado joining the not-yet-operational National Popular Vote Interstate Compact have been working to collect signatures for a repeal measure ever since Gov. Jared Polis signed the bill back in March. The campaign reportedly used both volunteer and professional paid signature gatherers. To put this result in perspective, supporters of the campaign to recall Gov. Polis have a much smaller window in which to collect at minimum three times as many valid voter signatures–clearly demonstrating the near-impossible task ahead for the “Dismiss Polis” campaign in only a few short remaining weeks. As we’ve said repeatedly in this space, the NPV repeal effort makes far more political sense for Republicans than pursuing recalls, not least because it’s an attainable goal.

And now, it’s a good bet the NPV repeal will be on the 2020 ballot right along with President Donald Trump, the polarizing chief executive serving as the backdrop for this larger philosophical battle over the role of states in presidential elections and the relative power of individual voters. If Republicans are correct that Democratic “overreach” in Colorado since the 2018 Democratic landslide is provoking a conservative backlash, NPV could give them an excellent vehicle to turn those voters out.

But what if it backfires?

The principal hole in the reasoning of Republican opponents of NPV is the fact that President Donald Trump remains unpopular in this state, and polls show there’s been nothing since the 2018 elections to significantly alter that downward trajectory. The “overreach” tag has not taken hold outside the Republican base, the only group where even a plurality agrees–and who we’d bet money were the overwhelming majority of NPV petition signers. If NPV becomes part of a wholesale rejection of Donald Trump by Colorado voters in 2020, there’s a likely scenario in which the NPV repeal attempt goes down along with him.

Either way, once the dust settles from the current spate of fringe-backed recall attempts, this is going to be a central battlefield for Republicans in 2020. And it will be up to Colorado voters to decide if the personal satisfaction of having a vote “worth more” than a vote in a large state is worth the end result as delivered by the Electoral College in both the 2000 and 2016 presidential elections–Presidents elected by a minority of American voters.