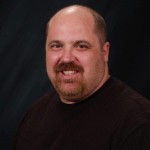 The past week has seen a massive escalation of racial tensions in American politics, primarily the result of President Donald Trump’s racist attacks on four women of color who have been vocal opponents of the President since winning office last November. It’s important to be clear from the outset that Trump’s call for four members of Congress, three of whom were born in this country to “go back” to their countries of origin cannot be interpreted any way other than as a racially motivated attack–since by definition persons born in this country have nowhere to “go back” to.

Since Trump’s racist attacks on these four members of Congress over the weekend, Colorado Republicans have played an uneasy game of cat and mouse with inquiring reports–generally avoiding comment as much as they can, and when cornered giving either the most gentle criticism of the President or none at all. Rep. Scott Tipton doesn’t think it was racist, and while Sen. Cory Gardner worked up the nerve to say on the radio that he “disagreed” with the Tweets in question he refused to condemn them for what they are.

One of the biggest dangers of electing an openly racist demagogue like Donald Trump has always the normalization of rhetoric that has not been acceptable, at least in mainstream American politics, for many years. Trump’s open appeals to nativism and racial prejudice have opened the door to a rise in hate crime since his election, and given space to Republican candidates at all levels to either turn a blind eye to racism or exploit racist sentiment themselves for political gain. 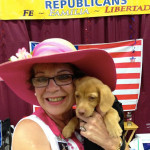 In Colorado, we have a long history of Republican candidates and even officeholders who turned out to be unapologetically racist. In 2014, GOP House candidates Nate Marshall and Maria Weese had frightful racist comments in their recent pasts exposed just in time for Republican brass to intervene–dumping both candidates for slightly less embarrassing placeholders who went on to lose. In 2006, Rep. Jim Welker was “persuaded” by ranking Republicans to not run for re-election after racist commentary he shared with his supporters become public.

Colorado Republicans certainly weren’t free of racists back in the day (see: Tancredo, Tom), or even really making a concerted attempt to dissociate themselves from racism. But when people like Nate Marshall became a political liability for Colorado Republicans, the will existed to deal with the problem.

Based on what we’ve seen this past week, no such will exists today.